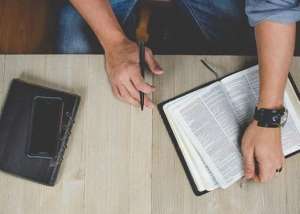 The following portion of a recent unfair dismissal case is a good starting point to understand the Fair Work Commission’s approach to when reinstatement may be applicable as a remedy and also the way in which the Commission sometimes deals with the balancing of an unfair dismissal and any misconduct by an employee which may have contributed to the termination of employment.

[28] Ultimately, the question is whether there can be a sufficient level of trust and confidence restored to make the relationship viable and productive. In making this assessment, it is appropriate to consider the rationality of any attitude taken by a party.”

[87] Put another way, it is relevant when assessing the appropriateness of an order for reinstatement to consider whether Mr Dyson has demonstrated sufficient understanding that his behaviour during the incident on 7 April 2020 was inappropriate and unacceptable such as to give rise to a sufficient level of confidence that conduct of that type will not recur if he is reinstated and the employment relationship will be viable and productive. 95

[88] Having seen and heard Mr Dyson give evidence, I am persuaded that he understands that his conduct on 7 April 2020 was inappropriate, unacceptable and not to be repeated. During the investigation process Mr Dyson was honest, showed contrition and conceded that he made mistakes and breached the ECS. He did not seek to hide the incident. He gave evidence, which I accept, that: 96

“If I was doing the same job now I would make sure that the belt is fully isolated. I would use a work platform in the front of an LHD instead of a ladder. I am sorry about Mr McCarty being hurt. I care about the people I work with and I am remorseful that he injured his leg.”

[89] This evidence is consistent with the handwritten note provided by Mr Dyson to Centennial during the meeting on either 17 or 21 April 2020: 97

“I sincerely apologise for this incident and its ramifications and will ensure that full isolation occurs in future where required.” 98

[90] Mr Dyson’s long and excellent record of service with Centennial and its predecessor also supports my satisfaction that there is a sufficient level of trust and confidence to enable the employment relationship between Centennial and Mr Dyson to be viable and productive. Mr Dyson has been an Undermanager since 2005. There is no suggestion that in the 15 years Mr Dyson has worked as an Undermanager, in which capacity he has been the most senior statutory official with oversight of an entire shift of workers on a daily basis, that any person has been injured on his watch prior to the incident on 7 April 2020.

[91] Further, although Mr Turner and Mr Smith, both of whom are based in a central office away from the Myuna mine, hold concerns about Mr Dyson’s conduct and approach to safety, 99 the following evidence from employees at the Myuna mine supports Mr Dyson’s contention that reinstatement would be appropriate:

[92] Although the Myuna mine manager, Mr Yule, did not give evidence, it is apparent from his communications with Mr Dyson at about the time he was dismissed 103 that there is no personal animosity between Mr Yule and Mr Dyson. Indeed, it was Mr Yule who initially proposed that all three employees involved in the incident on 7 April 2020 be suspended for two weeks. In the end, Mr Yule agreed with Mr Turner and signed the termination letter.

[93] Mr Dyson’s commitment to taking a pro-active approach towards identifying and addressing safety risks in the workplace is demonstrated by the fact that, on 7 April 2020, he looked out for and identified the six damaged bat bags and then took immediate steps himself, as opposed to delegating the simple task to a more junior employee, to address the problem. In addition, Mr Dyson’s commitment to his employer is demonstrated by his immediate agreement to cancel his planned leave at Mr Leggett’s request just prior to the incident.

[94] For all these reasons, I have confidence that Mr Dyson’s failures on 7 April 2020 will not recur if he is reinstated and the employment relationship will be viable and productive. I am also satisfied that to the extent that Mr Dyson has lost the trust and confidence of some of his colleagues, he will be able to regain it. In all the circumstances, my evaluative assessment is that the appropriate remedy in this case is an order under s 391 of the Act reinstating Mr Dyson to the position in which was employed immediately before the dismissal, namely as an Undermanager. I also consider it appropriate to make an order under s 391(2)(a) to maintain the continuity of Mr Dyson’s employment.

[95] As to an order for lost pay under s 391(3) of the Act, Mr Dyson has been out of work since his dismissal on 21 April 2020 and notwithstanding his extensive efforts to obtain alternative employment has not received any income since that time other than some Centrelink benefits. Having regard to Mr Dyson’s annual remuneration from Centennial of approximately $222,000, he has foregone earnings in excess of $100,000 since his dismissal. In light of Mr Dyson’s misconduct, I consider it appropriate that he bear a substantial degree of responsibility for the financial consequences of his dismissal. However, having regard to the harshness of Mr Dyson’s dismissal, I consider it appropriate in all the circumstances to make an order under s 391(3) of the Act for Centennial to pay Mr Dyson an amount for the remuneration lost by him because of his dismissal in the period from 21 July 2020. The absence of an order for lost pay in respect of the three month period from 21 April 2020 to 20 July 2020 will reinforce to Mr Dyson that his conduct during the incident on 7 April 2020 was inappropriate and must not happen again.”