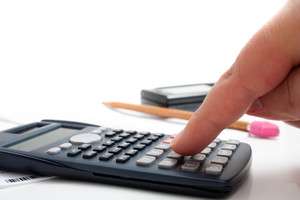 It is a matter of some controversy whether the Fair Work Commission can or should include a component of lost long service leave in an award of compensation for unfair dismissal, since the entitlement arises not under federal law, but under State legislation.

In the following case a senior member of the Fair Work Commission had no hesitation in including it.

Counsel for the Applicant submitted that the Commission ought to consider paid leave entitlements denied to the Applicant. I agree with Counsel that this is a matter to which I should give genuine consideration. 17

The Applicant’s employment status was changed from a permanent to a casual basis on 9 November 2015. At this time the Applicant had served just less than 6 years with the Respondent. It follows that at this time the Applicant was not entitled to long service leave under the Long Service Leave Act (WA) 1958 (LSL Act) and there was no evidence before the Commission to draw a conclusion that long service leave had been paid out.

At the time of the Applicant’s dismissal he had completed at least 7 years of continuous employment but less than 10 years. When considering the anticipated employment period, but for the dismissal it would have been approximately 7 years and 7 months. While the Respondent submitted that the Applicant was a casual employee, in the Decision I found that not to be the case. Notwithstanding, under the LSL Act, casual employees are entitled to long service leave.

The Applicant’s employment was terminated for a reason that was not serious misconduct. It follows that the Applicant was entitled to a proportionate amount of long service leave on the basis of 8 2/3 weeks for 10 years of such continuous employment. 18

The Respondent had provided a spreadsheet of the hours worked by the Applicant for the period 7 April 2015 until 21 April 2017. The spreadsheet showed that over a period of 100 weeks the Applicant had worked on average 27.45 hours per week. In the absence of other evidence I am satisfied this is an adequate basis on which to determine the entitlement to LSL.

An employee’s entitlement to paid annual leave accrues progressively during a year of service according to the employee’s ordinary hours of work and accumulates from year to year. To ascertain the Applicant’s accrual of ordinary hours of work the spreadsheet titled Weekly Earnings – B Wingate Apr2015 – Apr2015 1/04/2015 To 30/04/2017 was considered. There was no objection from the Applicant concerning the filing of the spreadsheet with the Commission.