Related entities under the Fair Work Act; the element of control 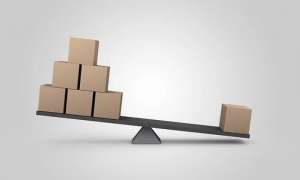 The question whether trading corporations are associated entities is of course important in the context of various legal issues which arise under the Fair Work Act. That Act draws heavily upon the Corporations Act 2001 to determine whether entities are related in that sense, and the element of control is integral to the issue. Here is the concept at play in an unfair dismissal case.

[69] I raised with Ms Kirkby the possibility that Mr Caughley may have a sufficient level of control in relation to both entities to meet the requirement that the two entities were associated. Ms Kirkby responded that if Mr Caughley was a sole director of both that may be so.

[71] As was put to Ms Kirkby, I have given consideration to whether Kymira and ICM are associated entities for the purposes of Section 50AAA of the Corporations Act 2001 (Cth) on the basis that under subsection 50AAA(7), Mr Caughley as a third entity controls both Kymira and ICM and the operations, resources and affairs of both are material to him. It has not been put in contest that Mr Caughley controls Kymira, so the question turns to whether he controls ICM.

[72] Mr Carlos’ letter of 8 May 7 did not seek to address whether Mr Caughley was a third entity capable of meeting the test in section 50AAA(7).

[73] Key to this matter is whether there was a capacity, in accordance with the definition in section 50AA(1), for Mr Caughley to determine the outcome of decisions of ICM. The evidence establishes he was one of three directors of ICM, and also a sole director and shareholder of Caughley & Co Pty Ltd that held a qualifying investment of 33% in ICM. Mr Caughley described Caughley & Co as his company. Caughley & Co would therefore be a part of the shareholder agreement between members referred to by Mr Carlos.

[75] The evidence points to Mr Caughley’s capacity to exert influence. As one of only three directors of ICM Mr Caughley had power to exercise powers of the Company. He also demonstrated this power as on his own evidence ICM engaged both his mother and his father in different roles, his mother as a full-time employee.
[76] The evidence also indicates ICM was providing free office space to Mr Caughley’s company Kymira. Even if it was intended that Kymira would eventually financially contribute to the office costs, this is a clear benefit to Kymira. Kymira also appeared to enjoy some administrative support from ICM although there was some contest over the extent of that support. I am satisfied at least three employees/contractors engaged by ICM were providing administrative functions for Kymira. Mr Caughley was also storing his scaffolding at the same location as ICM equipment was stored and Mr Macklin was not challenged on his evidence that the laptop and petrol card he used belonged to ICM and presumably paid for by ICM.

[77] Mr Caughley said he is the only person paid by both Kymira and ICM. He also accepted that Kymira had performed work for ICM at a project on Adelaide Street although he stressed this was a commercial arm’s length arrangement.

[78] I am cognisant that section 50AA(3) states that the first entity does not control the second entity merely because they have the capacity to determine the outcome of decisions about the second entities financial and operating policies. However on the basis of the evidence I am satisfied Mr Caughley does in fact exert such control in ICM.

[79] I am also satisfied on the evidence that section 50AAA(7)(b) is met in that the operations, resources and affairs of both Kymira and ICM are also material to Mr Caughley. There is no dispute on this question as far as Kymira goes, and in regard to ICM Mr Caughley’s control over Caughley & Co Pty Ltd that held 33% shares in ICM, satisfied me he had a material interest in ICM.

[80] There is no evidence that the circumstances here fall within the exemption in section 50AA(4) such that Mr Caughley’s capacity to influence decisions in ICM is constrained by a legal obligation to exercise his influence in ICM for the benefit of Kymira. This is because his directorship and financial interest in ICM is separate from his directorship and financial interest in Kymira.

[81] On the basis of the conclusions above I am satisfied Kymira and ICM are associated entities, and therefore employees of both need to be included to determine whether Kymira has 15 employees.

[82] In the alternative if the finding above is incorrect, then it would appear from the evidence, imperfect as it is, that Mr Small’s contention that ICM and Kymira are themselves associated entities is likely to be made out. The evidence is that the three directors of ICM and apparent controllers of three equal company shareholders in ICM, are also the apparent controllers of three equal shareholding companies in Kymira. Contrary to the evidence of Mr Caughley, the evidence of Mr Macklin and Mr Small tends to indicate Mr Stewart and Mr Wood, as well as controlling the companies that own Kymira, also had a level of influence over the running of Kymira though involvement in investment decisions, visiting sites and giving direction to staff. It seems from the evidence, particularly that of Mr Macklin who gave largely unchallenged evidence that he participated in meetings involving the three directors of ICM about the establishment of Kymira, that it is likely that at the time Kymira was established it was decided that each of the directors and controllers of equal shareholding companies in ICM would through three separate companies become equal shareholders in Kymira.

[83] The decision for ICM to provide its office space and administrative support through its staff to Kymira is logical on that basis, and the overall evidence appears to satisfy the requirements of control, qualifying investment, significant influence and material interest as set out in subsections in 50AAA.

[85] Mr Macklin gave evidence that Kymira had approximately 15 employees and ICM had many more than this, however quite a number of employees worked for both. He was not directly challenged on this evidence. Mr Macklin said in his oral evidence at a bare minimum he believed ICM had 10 employees in the office. Mr Caughley said at a guess he thought there may have been six ICM employees at the time Mr Small’s employment ended.

[86] I asked Ms Kirkby in closing whether it was conceded that if the entities were taken to be associated entities that the total number of employees was 15 or more. Ms Kirkby said it would need to be confirmed.

[87] It was submitted in closing for Mr Small that the ICM website identifies a minimum of 14 employees, and there are at least eight employees of Kymira bringing the total to 22 and the combination of the two was clearly above the threshold of 15.

[88] Kymira is directed to confirm to chambers by 5pm on Wednesday 3 June 2020 whether it accepts that the number of employees of Kymira and ICM when taken together was 15 or more at the time Mr Smalls employment ended. If Kymira concedes this was the case the matter will be listed for further directions to program the remaining jurisdictional and substantive issues.

[89] If Kymira wishes to press that the number of employees of Kymira and ICM taken together was less than 15 at the time Mr Smalls employment ended it is directed to file and serve by 5pm on Wednesday 3 June 2020 any further evidence relevant to the number of employees of ICM at the relevant time and the matter will be listed for further mention.”