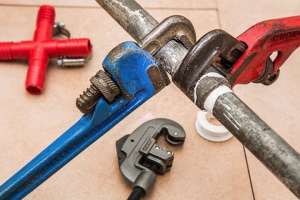 “Section 390(3)(a) of the FW Act states that the Commission must not order the payment of compensation unless it is satisfied that reinstatement is inappropriate. The corollary of this is that the appropriateness of reinstatement must be determined in the first instance.

[202] I am therefore satisfied that reinstatement is the first matter to be considered in determining remedy.

[19] Reinstatement may be inappropriate if an employee is incapacitated because of illness or injury. The weight to be accorded to ongoing incapacity when considering whether reinstatement is appropriate will depend upon all of the circumstances of the case.

[20] The most common argument advanced in support of the proposition that reinstatement is inappropriate is the proposition, variously expressed, that there has been a loss of trust and confidence such that it would not be feasible to re-establish the employment relationship.

[21] In Perkins v Grace Worldwide (Aust) Pty Ltd the Full Court of the Industrial Relations Court considered the effect of a loss of trust and confidence on the question of the “practicability” of a reinstatement remedy and said:

At the same time, it must be recognised that, where an employer, or a senior officer of an employer, accuses an employee of wrongdoing justifying the summary termination of the employee’s employment, the accuser will often be reluctant to shift from the view that such wrongdoing has occurred, irrespective of the Court’s finding on that question in the resolution of an application under Division 3 of Part VIA of the Act.

If the Court were to adopt a general attitude that such a reluctance destroyed the relationship of trust and confidence between employer and employee, and so made reinstatement impracticable, an employee who was terminated after an accusation of wrongdoing but later succeeded in an application under the Division would be denied access to the primary remedy provided by the legislation. Compensation, which is subject to a statutory limit, would be the only available remedy. Consequently, it is important that the Court carefully scrutinise any claim by an employer that reinstatement is impracticable because of a loss of confidence in the employee.

Each case must be decided on its own merits. There may be cases where any ripple on the surface of the employment relationship will destroy its viability. For example the life of the employer, or some other person or persons, might depend on the reliability of the terminated employee, and the employer has a reasonable doubt about that reliability. There may be a case where there is a question about the discretion of an employee who is required to handle highly confidential information. But those are relatively uncommon situations. In most cases, the employment relationship is capable of withstanding some friction and doubts. Trust and confidence are concepts of degree. It is rare for any human being to have total trust in another. What is important in the employment relationship is that there be sufficient trust to make the relationship viable and productive. Whether that standard is reached in any particular case must depend upon the circumstances of the particular case. And in assessing that question, it is appropriate to consider the rationality of any attitude taken by a party.

It may be difficult or embarrassing for an employer to be required to re-employ a person the employer believed to have been guilty of wrongdoing. The requirement may cause inconvenience to the employer. But if there is such a requirement, it will be because the employee’s employment was earlier terminated without a valid reason or without extending procedural fairness to the employee. The problems will be of the employer’s own making. If the employer is of even average fair-mindedness, they are likely to prove short-lived. Problems such as this do not necessarily indicate such a loss of confidence as to make the restoration of the employment relationship impracticable.”

[22] As the Full Bench of the AIRC observed in McLauchlan, although Perkins was decided under the IR Act, the Court’s observations reproduced above remain relevant to the question of whether reinstatement is appropriate in a particular case.

[23] In speaking of ‘trust and confidence’ in this context we are concerned with that which is essential to make an employment relationship workable. It is not to be confused with an implied term in a contract of employment of mutual trust and confidence, the existence of which was recently eschewed by the High Court in Commonwealth Bank of Australia v Barker.

[24] While it may be accepted that trust and confidence is a necessary ingredient in any employment relationship, it would be wrong to assume that it is the sole criterion or even a necessary one to determine whether or not reinstatement is appropriate … .  [Endnotes omitted]

[204] After considering the decision of Deputy President Gostencnik in Colson v Barwon Health 96 the Full Bench in Nguyen observed that:

[27] The following propositions concerning the impact of a loss of trust and confidence on the question of whether reinstatement is appropriate may be distilled from the decided cases: