Reinstatement for unfair dismissal; the issue of trust and confidence 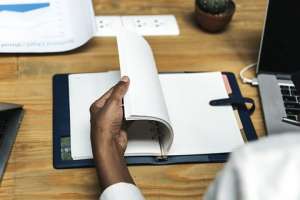 The Fair Work Act requires the Fair Work Commission to consider reinstatement as its primary remedy where it determines that the termination of an employee is relevantly unfair.

That the Commission almost never orders reinstatement when it finds that a dismissal was unfair is a national disgrace, and I have posted many times on this web site to that effect.

Here is an explanation of the law; well at least in theory.

“In Perkins v Grace Worldwide (Aust) Pty Ltd  (1997) 72 IR 186 the Industrial Relations Court considered the loss of trust and confidence in an environment where employment had been terminated. The Court found that

At the same time, it must be recognised that, where an employer, or a senior officer of an employer, accuses an employee of wrongdoing justifying the summary termination of the employee’s employment, the accuser will often be reluctant to shift from the view that such wrongdoing has occurred, irrespective of the Court’s finding on that question in the resolution of an application under Div 3 of Pt VIA of the Act.

If the Court were to adopt a general attitude that such a reluctance destroyed the relationship of trust and confidence between the employer and employee, and so made reinstatement impracticable, an employee who was terminated after an accusation of wrongdoing but later succeeded in an application under the Division would be denied access to the primary remedy provided by the legislation. Compensation, which is subject to a statutory limit, would be the only available remedy. Consequently, it is important that the Court carefully scrutinise any claim by an employer that reinstatement is impracticable because of a loss of confidence in the employee. 3

[78] In McLauchlan v Australia Meat Holdings Pty Ltd    (1998) 84 IR 1.4 the Full Bench found that the observations in Perkins remained relevant even though the language of the statue had changed.