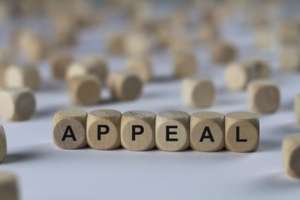 Effectively there is a presumption under the Fair Work Act to the effect that an employee who wins an unfair dismissal case must be reinstated to his or her former position if he or she wishes because sec 390 of the Fair Work Act provides that the Fair Work Commission must not order the payment of compensation to the person found to have been unfairly dismissed unless the Commission is satisfied that reinstatement of the person is inappropriate. Despite this very clear parliamentary command to the Fair Work Commission it is by and large ignored by the members of the Commission and individual members of the Commission who do the right thing and order the reinstatement of an unfairly dismissed employee are forced to suffer the ignominy of Full Benches allowing appeals by employers who argue that they have lost the “trust and confidence” required by management of the employee.

This of course makes a mockery of the Parliament which has passed a law which requires reinstatement to be the primary remedy for unfair dismissal. In my view this absurd situation is caused by the natural conservatism of the senior members of the Fair Work Commission who are selected by the President of the Commission to sit on appeals. Because appeal benches are constituted by three members normally, and because there appears to be a tendency to select at least two lawyers on each Full Bench, the resulting balance seems to me to favour conservative decisions by people who on balance have conservative views.

The only way in which appeals can be made against decisions of Full Benches of the Commission is when upon jurisdictional, rather than discretionary grounds. Hence the prevailing view amongst most lawyers is that it is nigh on impossible to appeal a decision of a Full Bench on a reinstatement issue, which in my view has the capacity in certain circumstances to create manifest injustice. Nevertheless, in my view, a decision by a Full Bench to overturn a reinstatement order for unfair dismissal is arguably vulnerable to a successful appeal to the Federal Court of Australia on jurisdictional grounds given the provisions of sec 390 of the Fair Work Act and I look forward to someone doing this one day. I cannot do so because I retired from working as a lawyer several years ago for lifestyle reasons (see the About tab of my web site) and the Federal Circuit Court has ruled that industrial agents such as myself, who are permitted to represent parties in the Fair Work Commission proceedings, cannot represent parties in the Federal Court or the Federal Circuit Court due to the Commonwealth Judiciary Act. On a more practical level though, and meanwhile, here is a an extract from a Fair Work Commission case on the issue of reinstatement.

This onus is not satisfied by mere assertions by management that reinstatement would be impracticable. So much so is evident from the decision in Regional Express Holdings Limited v Richards [2010] FWAFB 8753, where the Full Bench said at para [26]:

‘[26] Whenever an employer dismisses an employee for misconduct, assuming the employer is acting honestly, there is an implied loss of trust and confidence in the employee. If it is subsequently found that the termination was harsh, unjust or unreasonable it is appropriate to consider whether the relationship can be restored if the employee is reinstated. That question cannot be answered solely by reference to the views of management witnesses. All of the circumstances should be taken into account. In this case there is a number of relevant matters. They include the fact that not all of the conduct alleged against the respondent has been proven, the respondent’s apparently unblemished record in the performance of his flying duties over a period of 14 years, the fact that the misconduct is not directly related to the performance of the respondent’s professional duties as a first officer and Rex’s failure to pursue any substantial disciplinary action against another pilot who, it is alleged, has been guilty of misconduct at least as serious as that of which the respondent was accused. The significance of the last consideration is that the pilot in question is still carrying out the full range of his duties, despite allegations of conduct of a kind which, in the respondent’s case, is said to have led to an irrevocable loss of trust and confidence. Assuming a positive approach on both sides we find there is a reasonable chance that the employment relationship can be restored with the necessary level of mutual trust [my emphasis].’