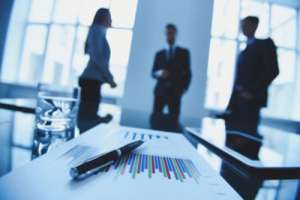 A Full Bench of the Western Australian Industrial relations Commission has upheld an appeal by the Public Transport Authority of WA against a decision of the Commission to reinstate a Transit Officer, who was dismissed following an incident where the officer sprayed a member of the public with oleoresin capsicum spray.

The Full Bench held that the Commission erred in its decision by failing to consider all of the relevant considerations before deciding to order that the officer be reinstated.  Given the unique relationship between the PTA and transit officers, there must be a high level of trust and confidence for the relationship to be viable.  That trust and confidence must exist to make reinstatement an appropriate option when considering the appropriate remedy in an unfair dismissal-type case.  Before coming to its decision, the Commission ought to have considered the employer’s opinion regarding the viability of the employment relationship, and whether the employer’s opinion was ‘genuine, credible and rationally based’ as well as the disciplinary history of the officer.

The Full Bench remitted the matter back to the Commission for it to determine the appropriate penalty, because it has the advantage of having seen and heard the evidence and is therefore in a better position than the Full Bench to properly weigh and assess the evidence.

The leading judgment was by Smith AP who wrote

“The Full Bench considered at length the principles that apply to the discretion to order reinstatement pursuant to the power conferred in s 23A of the Act in Public Transport Authority of Western Australia v The Australian Rail, Tram and Bus Industry Union of Employees, West Australian Branch [2016] WAIRC 00236; (2016) 96 WAIG 408 (Vimpany FB). Although the principles were enunciated in context of the specific statutory provisions that authorise the making of orders pursuant to the power conferred by s 23A, the following principles may have application in an appropriate case to the making of an order pursuant to the power conferred under s 44 of the Act. In that matter, Scott ASC and I found [106]: In our opinion, when regard is had to s 23A of the Act, the statutory scheme to provide remedies to a claimant who has been harshly, oppressively or unfairly dismissed and the decided cases the following principles should apply to an exercise of discretion when considering whether to order reinstatement of a claimant where a relevant circumstance is a claim by the employer that there has been a loss of trust and confidence in the claimant: (a) Reinstatement is the primary remedy afforded by s 23A. If reinstatement of a claimant who has been harshly, oppressively or unfairly dismissed is impracticable, the Commission is to consider whether another position is available and suitable for the claimant to be reemployed. If reinstatement or re-employment is impracticable, the Commission may order the employer pay compensation. (b) The onus is on the employer to establish credible reasons why reinstatement of the claimant is impracticable. (c) Trust and confidence can be a relevant factor to consider when considering whether reinstatement is impracticable. Whether it is a relevant factor will depend upon the factual circumstances of a particular matter. Trust and confidence is not the sole criterion or even a necessary one in determining whether reinstatement is impracticable. (d) For reinstatement to be impracticable on grounds of trust and confidence, some embarrassment or doubt by the employer, friction between the claimant, the employer and/or other employees is not sufficient to make the relationship unviable. (e) The reluctance of an employer to shift from the view of the claimant’s conduct, despite an assessment by the Commission that the conduct in question had not been made out, does not 2017 WAIRC 00452 provide a sound basis to conclude that the necessary level of trust and confidence is irreparably damaged or destroyed. (f) The employer’s opinion about whether there is a necessary level of trust and confidence must be genuine, credible and rationally based. The necessity of an appropriate level of trust and confidence to restore an employment relationship will depend upon not only the attitude of the claimant towards the employer and/or any other relevant employees and the employer to the claimant, but also whether the attitudes expressed have a reliable foundation and the nature and function of the duties of the employee. (g) The level of sufficient trust and confidence in an employment relationship will vary depending upon the circumstances of a particular matter. (h) The assessment of whether there is a sufficient and cogent loss of trust and confidence is a matter for the Commission to determine. The degree of trust and confidence an employer could be said to reasonably expect of one category of employee may be higher or lower than another. (i) The question to be determined by the Commission is whether there can be, in the circumstances, a sufficient level of trust and confidence restored to make the employment relationship between the employer and the claimant viable and productive. 113 In an appeal to the Industrial Appeal Court against this decision, these principles were approved: The Australian Rail, Tram and Bus Industry Union of Employees, West Australian Branch v Public Transport Authority of Western Australia [2017] WASCA 86; (2017) 97 WAIG 431 (Vimpany IAC). As a high level of trust and confidence is to be expected in the employment relationship of a transit officer, the evidence of the opinion of Mr Italiano is a matter that the learned Acting Senior Commissioner should have had regard to when considering whether dismissal was a proportionate and appropriate penalty for Mr Merlo’s conduct. 114 In making such an assessment, regard should also have been had to the fact that it appears that the disciplinary history recorded in Mr Italiano’s letter of 8 June 2016, in which he set out the matters he relied upon in making the decision to impose a penalty of dismissal on Mr Merlo, is incorrect in that Mr Merlo had not in the past been disciplined for excessive use of force (AB 186; AB 234). 115 For these reasons, I am of the opinion ground 4 of the appeal has been made out.”