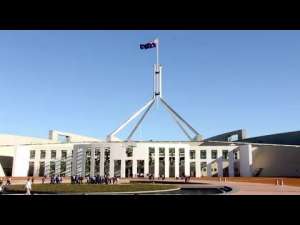 My clients are employers and employees throughout Australia

Almost all Australian employers and employees in the private sector operate under the national fair work system of workplace relations. This includes the federal public sector, but most State public sector employers and employees have their industrial relations regulated by State bodies. Only Western Australia has retained a State industrial relations system which is involved in the private sector, and then only over sole traders, unincorporated bodies and incorporated bodies which are not national system employers.

Accordingly, I offer a one stop shop of advice and representation with any of the following employment issues.

Unfair dismissal, unfair termination, unlawful termination, wrongful dismissal, adverse action, termination of employment, denied contractual benefits, equal opportunity and discrimination at work, redundancy, retrenchment, advice about workplace rights, disciplinary action, whistleblower protections in the workplace and all other workplace issues.
My fees are negotiable and include hourly rates’ options. I also offer the security of fixed fees, for which many of my clients opt for certainty and comforted knowing what they need to budget for. Litigation is notorious for uncertainty of duration and cost.

Case Study; Mixed messages about zero tolerance to alcohol in the workplace

The Fair Work Commission is sending mixed messages to Australian workplaces about its support for employers which have zero tolerance to the presence of alcohol in the bodies of employees at work.
I have posted several blogs recently about previous decisions of the Commission ostensibly supporting such policies with vigour, particularly in safety sensitive industries such as mining and aviation. They also appear to extend to blokey (if I can be forgiven for using such a term) workplaces like mine camps where alcohol, boredom, lonely men and isolation can be explosive.
However on 29 September the Fair Work Commission has upheld an unfair dismissal application by an employee who was dismissed for presenting for work with alcohol present in his body contrary to the employer’s zero tolerance policy to that, on the basis that the Commissioner believed that a previous first and final warning had been over the top even though the applicant had a “dismissive attitude” to previous warnings about safety breaches.
The case is interesting for three reasons. The first is that the employee argued as part of his case that blood alcohol readings of 0.013% and then shortly after of 0.006% did not breach the zero tolerance policy because the employer’s written policy only referred to prohibited readings of 0.00% ie to 2 decimal places and (so the argument went) that is what the testing returned.
The Commissioner ruled against the argument on the basis that the company’s policy “must be taken to mean what the words say. Zero means zero, whether it is taken to two or five decimal points”.
The second interesting issue was the relevance of the previous first and final warning and the apparently dismissive way in which they are routinely ignored by the Commission. In this case Commissioner Bissett believed it was disproportionate to the incident.
“A first and final warning is a harsh penalty to impose on an employee, particularly where, as in this case, it is a first incident of misconduct. Having given such a harsh sanction, I do not consider that it can be relied on to terminate employment for a second incident of misconduct in circumstances where it was not warranted in the first place.
If the bagging machine incident did not warrant a first and final warning (although certainly a warning) the question is whether the decision to terminate Mr Ingham’s employment where that warning was relied upon, was harsh, unjust or unreasonable……………..
Even if the bagging machine incident did warrant a first and final warning that, in conjunction with Mr Ingham’s other infractions in relation to health and safety and his lack of understanding of the problems in coming to work with a positive blood alcohol reading, might justify dismissal with notice. But that is not what occurred in this instance. Mr Ingham’s employment was terminated without notice. There is nothing in his conduct to suggest that it was ‘wilful or deliberate and…inconsistent with the continuation of the employment contract.’ Further, whilst it was beach of the Policy Mr Ingham did not cause serious and imminent risk to the health and safety of employees of the Respondent. He had not commenced work and the Policy envisages an employee, who fails such a test, not being subject to dismissal but rather being sent home for the shift.”

And lastly, the case is illustrative of the growing tendency for the Commission to have a bob each way by awarding compensation to an applicant in a case which could quite easily have been decided against the employee and then discounting that award by an arbitrary amount to reflect disapproval of an applicant’s conduct.
In this case the Commissioner wrote
“I am satisfied that Mr Ingham’s misconduct has contributed to the MQG’s decision to dismiss him. There were no other motivations in terminating his employment. For this reason I will reduce the amount of compensation otherwise rewarded to him by 30% (s.392(3)). This deduction reflects Mr Ingham’s overall apparent lack of commitment to attempts to improve health and safety and his conduct in respect of a number of health and safety issues detailed above.”
Blimey. If there was “an apparent lack of commitment to improve health and safety” why was the first and final warning to be discounted so easily?

Many of my clients, employers, contractors and employees, operate in the mining industry in Western Australia. The construction phase of many projects is complete, and most volatility in job security arises in iron ore production and the transport of ore. One of the issues which often arises is whether an employee is covered by a modern award, most commonly the Mining Industry Award. The question arises fairly and squarely in unfair dismissal cases in the WA mining industry, particularly with redundancies. Remuneration is generally high as compensation for FIFO and the often hostile working environment, and many employees with an unfair dismissal grievance find upon analysis that their annual rate of earnings exceeds the high income threshold.

That is not a jurisdictional issue though, if the employee is covered by an enterprise agreement or award, hence the relevance so often of the question of the coverage of the Mining Industry Award, called technically its area and scope. And the most common dilemma is whether or not the employee undertakes supervisory functions, for that is the cut off of the award’s coverage.

The Full Bench of the Fair Work Commission recently had need to resolve this issue in Fry v BHP Billiton Minerals Pty Ltd. Senior Deputy President Richards held that the coverage provisions of the award are “not to be taken to be a reference to employees of such seniority that their positions are for the principal purpose of providing supervision. …… the coverage of the Mining Industry Award 2010 travels only to classifications where the supervisory element (of “guidance and assistance”) of the relevant positions is very much incidental to the principal purpose of the classification.” Commissioner Gay concluded that a genuine supervisor is not covered by the Mining Industry Award 2010. Deputy President McCarthy also concluded that an applicant who had substantial supervisory responsibilities and whose primary purpose was to ensure that the work was performed by others under his responsibility and who oversaw and allocated work was not covered by the classification structure in the Mining Industry Award 2010. The same conclusion was reached by other members of the Commission.