Redundancy; what is other acceptable employment? 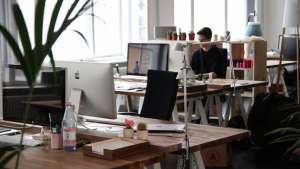 The Fair Work Act provides that an employer which is liable to pay statutory redundancy under the Act may apply to the Fair Work Commission for a determination which reduces that liability in circumstances in which the employer “obtains other acceptable employment for the employee”; see sub-sec 120(1)b).

What constitutes “other acceptable employment” will often be a matter for dispute by the parties as is evident in the following extract of such a case.

As was explained by Watson SDP in Feltex Australia Pty Ltd v Textile, Clothing and Footwear Union of Australia at [89]: 16

………………………….. There are however some considerable differences between the redundant role and the alternative employment offered to Ms Lau as Administration Officer. Most relevantly the reduction in salary from $75,000 per annum to $50,000 per annum in circumstances in which Ms Lau was required to perform the same hours of work and perform duties she was already performing. It is also significant that had she accepted the alternative employment Ms Lau would be placed on a period of probation placing her employment security at risk.

However, where the reduction in salary has not been matched by a decrease in hours of work the FWC has found that the proposed position was not acceptable employment. See for example: Stabler & Howlett Veterinary Surgeons Pty Ltd t/a Stabler & Howlett Veterinary Surgeons [2019] FWC 1208 and Triforce Staffing Pty Ltd t/a Triforce v David Hill, Casey Freeman [2018] FWC 7393.

In this case Ms Lau was expected to work the same hours of work performing duties she had previously performed for a salary much lower than what she had previously been paid to perform those duties. The reduction in salary would also have had a consequential adverse impact on other benefits such as her accumulation of superannuation savings. Her job security until she completed her probationary period was less secure. The scope of duties which she could be required to perform was reduced. Her position title was changed to one which suggested lesser seniority.

The application is therefore dismissed.”