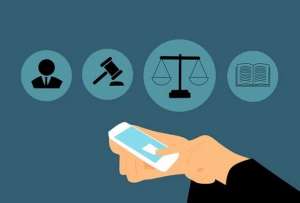 In a very interesting decision, a senior member of the Fair Work Commission has concluded that an employer, which had legitimately rendered an employee’s position redundant, was entitled to be relieved from the obligation to pay statutory redundancy because it had obtained acceptable alternative employment for the employee, but that the company should pay an amount equivalent to two weeks’ pay (thus reducing the statutory amount to only two weeks’ pay) because a technical error in the process by the employer had reasonably caused the employee to incur costs in obtaining legal advice.

“Was the other employment offered to Mr Allen ‘acceptable’?

Yet, the use of the qualification ‘acceptable’ is a clear indication that it is not any employment which complies but that which meets the relevant standard. In our opinion there are obvious elements of such a standard including the work being of a like nature, the location being not unreasonably distant; the pay arrangements complying with award requirements. There will probably be others.” 6

As put by Watson SDP in Feltex:

In a similar vein the Full Bench in Clothing and Allied Trade Union of Australia v Hot Tuna Pty Ltd 8 found that the determination of whether alternative employment is acceptable will involve a consideration of such matters as pay levels, hours of work, seniority, fringe benefits, workload and speed, job security and other matters including the location of the employment and travelling time.

In Sodexo Australia Pty Ltd T/A Sodexo 9, Deputy President Sams considered various authorities in respect of the question of what constitutes ‘other acceptable employment’ and helpfully summarised the principles in the following terms:

“•  the test of what constitutes ‘acceptable employment’ is an objective one. It does not mean it must be acceptable to the employee.

Having considered those factors, I find the alternative role offered to Mr Allen to be acceptable employment.

I accept that the comparisons between the role Mr Allen had performed and the new role offered by Trivett, which are not challenged by Mr Allen, demonstrate a high level of similarity in the terms and conditions and support a finding that the alternative employment was objectively acceptable. This is particularly so given the new role would not break Mr Allen’s continuity of service and would not cause any loss of entitlements such as personal leave and long service leave.

Notwithstanding that the new role involves a higher level of responsibility (ie. an additional site and five additional employees to manage), I do not consider the differences in the two roles make the employment unacceptable. The evidence demonstrated that the work was broadly the same at the two locations, ie selling vehicles.

The salary offered to Mr Allen in the new position is higher, albeit marginally, than what was paid to him in his previous position.

The distance between the two locations is not substantial, and in my view does not militate against the acceptability of the new role.

I am also unable to discern any significant detriment of the new role which would make it unacceptable as a whole.

Having considered all the relevant factors objectively, I am satisfied that the new role obtained by and offered to Mr Allen was acceptable. I therefore find that Trivett had obtained other acceptable employment for Mr Allen within the meaning of s.120(1)(b)(i).

Should the redundancy pay be reduced?

I have considered the steps taken by Trivett leading up to Mr Allen’s dismissal. Trivett freely acknowledged that it made one mistake during its consultation with Mr Allen, in that Mr Allen was told he would have to resign if he did not accept the offer of the new role. The error was corrected after Mr Allen’s lawyer contacted Ms Secchairoli. Trivett argued that while this caused some inconvenience to Mr Allen, it did not cause him any detriment. Otherwise, Trivett submitted it was thorough and open in the processes it followed.

I agree that with the exception of the mistake made by Trivett, the process it followed was appropriate. However, the error would have no doubt caused a level of anxiety to Mr Allen that was unnecessary, and it prompted him to incur costs in obtaining legal advice.

Taking this into account, and having come to the conclusion that Trivett had obtained other acceptable employment for Mr Allen, I determine that it is appropriate in all the circumstances to reduce the amount of redundancy pay to an entitlement of 2 weeks’ pay.”