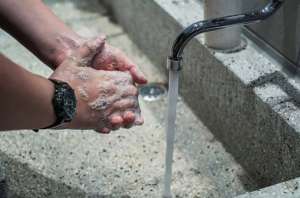 The Fair Work Commission has rejected a bid by a Victorian manufacturing company, which rendered the positions of several employees redundant because it contended that its business had been adversely affected by the Covid 19 pandemic. The company had sought to reduce its statutory liability to pay redundancy pay because of financial hardship under the Fair Work Act but a senior member of the Commission rejected the application when the company declined to investigate re-hiring the workers and accessing the JobKeeper stimulus wages subsidy scheme.

Here is a relevant extract from the decision.

“I drew Ms Elovaris’ attention to the Coronavirus Economic Response Package (Payments and Benefits) Act 2020, passed by the Federal Parliament yesterday. I also raised with Ms Elovaris some details from a Job-Keeper Payment – Frequently Asked Questions Fact Sheet (FAQ) that has been issued by the Federal Government. I suggested that Worthington Industries might like to take the time to consider the implications of this development, which has transpired since they made their initial decision to terminate the full-time employment of the Respondent Employees.

Ms Elovaris confirmed that Worthington Industries had registered their interest with the Australian Tax Office (ATO) and that they have a turnover of less than $1 billion. In response, I observed that on the information Ms Elovaris had submitted, Worthington Industries’ turnover was predicted to fall by the requisite 30%, which would appear to enliven eligibility. I noted that the Respondent Employees were in the employment of Worthington Industries on 1 March 2020 and I observed that the quantum of the JobKeeper Payment appeared to equate to approximately 90% of the pre-termination fortnightly wages of each of the Respondent Employees and that JobKeeper Payments could be made until 27 September 2020.

Further, I highlighted the section of the FAQ dealing with the situation where a company might have let their workers go, which indicated that if such workers were rehired, they could immediately receive the JobKeeper Payment, even if it was necessary for the employer to immediately stand them down. I indicated that there was also a section entitled “What should I do if I want to re-hire an eligible employee who received a redundancy package?”. I noted that the answer to that particular “FAQ” was that if re-hired, the employer “will need to consult with the employee and consider prevailing workplace arrangements to settle redundancy terms.” I expressed a preliminary view that the applications before me might perhaps be capable of being considered part of “prevailing workplace arrangements to settle redundancy terms”.

Ms Elovaris considered the matters I had raised but indicated that the uncertainty of what might happen in six months’ time if the business had not recovered led her to conclude that the better option for Worthington Industries was to resolve the redundancy issue instead, so as to provide certainty to all.

Ms Elovaris therefore confirmed that Worthington Industries pressed its applications for the redundancy pay entitlements of each of the Respondent Employees to be reduced from four weeks to one week, pursuant to s.120(1)(b)(ii) of the Act.

I therefore proceeded to hear the further submissions Ms Elovaris wished to make in relation to the assertion that Worthington Industries cannot pay each of the Respondent Employees the amount that is prescribed in s.119(2) of the Act.

Ms Elovaris submitted that paying the full redundancy amounts to the Respondent Employees will cause financial hardship because of the impending losses Worthington Industries know are inevitable. Ms Elovaris concluded by expressing the sadness of Worthington Industries at having to terminate the employment of the Respondent Employees in difficult circumstances.

Mr Ablahad elected to make no submissions in response.

Section 120 of the Act provides:

“Variation of redundancy pay for other employment or incapacity to pay

(1) This section applies if:

(a) an employee is entitled to be paid an amount of redundancy pay by the employer because of section 119; and

(i) obtains other acceptable employment for the employee; or

(2) On application by the employer, the FWC may determine that the amount of redundancy pay is reduced to a specified amount (which may be nil) that the FWC considers appropriate.

(3) The amount of redundancy pay to which the employee is entitled under section 119 is the reduced amount specified in the determination.”

(1) An employee is entitled to be paid redundancy pay by the employer if the employee’s employment is terminated:

(a) at the employer’s initiative because the employer no longer requires the job done by the employee to be done by anyone, except where this is due to the ordinary and customary turnover of labour; or

(b) because of the insolvency or bankruptcy of the employer.”

In the 2004 Redundancy Case, 1 the Full Bench of the Australian Industrial Relations Commission confirmed the purpose of redundancy pay is to compensate an employee for matters such as the trauma associated with the termination of employment, the loss of non-transferable credits such as sick leave, the loss of security and seniority, lower job satisfaction and diminished social status and conditions. In applications such as these, the onus lies on the employer company seeking the exemption from redundancy payment obligations and the discretion exists for the Commission to make an order to reduce or remove an employee’s statutory entitlement to redundancy pay to an amount, which may be nil, that it considers appropriate.

I acknowledge the plight of Mr Ablahad, Mr Treloar and Mr Subair. The loss of their employment was not within their control and they now face a period of uncertainty, worry and financial insecurity. Sadly, they are not alone in this situation as the community comes to grips with the impacts of COVID-19.

Similarly, I acknowledge the challenges and very difficult decisions faced by Worthington Industries. Worthington Industries is now subject to a changed and changing operating environment, its sales are declining and its prospects in the near term are uncertain. I note its aspiration to offer the Respondent Employees as much casual employment as it can in the short term, ahead of returning them to full-time employment when this is possible. I also note that it has offered to reinstate any personal/carer’s leave entitlements to the Respondent Employees once they are able to resume full-time employment.

Each of the three applications made by Worthington Industries are dismissed.”