Redundancy obligations; when they do not apply 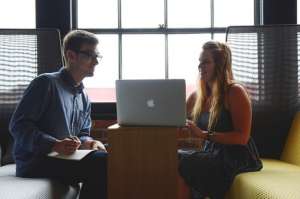 Employers covered by the Fair Work Act are obliged to pay redundancy pay to employees who lose jobs due to redundancy. Section 119(1) of the Act contains an exception to the obligation to pay redundancy pay in circumstances where the termination of employment is due to the “ordinary and customary turnover of labour.” What does this mean?

In Fair Work Ombudsman v Spotless Services Australia Ltd [2019] FCA 9 Justice Colvin in the Federal Court of Australia held that whether “the ordinary and customary turnover of labour” exception applies requires an analysis of the nature of the work which the employee was performing (in this case cleaning), and not the nature of the contractual relationship between the employer and its customers. Justice Colvin said that if Spotless Services’ interpretation of the exception was correct, “an employer could simply announce to its employees “when your job is no longer required to be performed for the business your employment will be terminated without redundancy pay, that is our common and usual practice so you should expect that to occur and thereby bring about their own exemption.”

Justice Colvin also observed that employers are always faced with the risk that employment of some employees may come to an end, either through “insolvency of the business, technological change, a reduction in customers of the employer’s business and the restructure that may follow a takeover or amalgamation.” Therefore, simply having a client contract not renewed at the end of a tender process, is insufficient to take the situation outside usual redundancy obligations.

The Spotless Services decision has confirmed that the “ordinary and customary turnover of labour” exception only applies in a narrow set of circumstances. An employer seeking to rely on the exception should: