Redundancy may be real but unfair 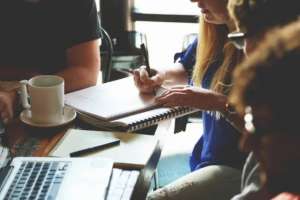 Where an employer terminates the employment of an employee on the ground of redundancy but fails to meet the consultation obligations of an applicable modern award or enterprise agreement, the employer will not be able to rely upon the genuine redundancy defence in an unfair dismissal case and the Fair Work Commission will then be required to then determine whether the dismissal was harsh, unjust and unreasonable.

And there are occasions when the dismissal will be ruled to be relevantly unfair even where the job had become redundant. He is an example.

Is the Commission satisfied that the dismissal of the Applicant was harsh, unjust or unreasonable?

I have made findings in relation to each matter specified in section 387 as relevant.

I must consider and give due weight to each as a fundamental element in determining whether the termination was harsh, unjust or unreasonable. 12

Due to the position of the Applicant being no longer required, and as I have found above, most of the s.387 criteria are neutral factors in my consideration. It is in respect of those other factors that I have considered at s.387(h) that weight in favour of a finding that the dismissal of the Applicant was unfair. Having considered each of the matters specified in section 387 of the Act, and in particular those factors under s. 387(h), I am satisfied that the dismissal of the Applicant was harsh and unreasonable.”