Redundancy laws in Australia; consultation must be meaningful 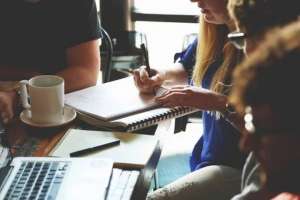 It is an essential legal element of a genuine redundancy under the Fair Work Act that an employer has complied with the consultation obligations of any applicable enterprise agreement or modern award. Here is an excellent extract from a recent decision of the Fair Work Commission in an unfair dismissal case which examines wat this means in practice.

[41] The Explanatory Memorandum to the Fair Work Bill 2008 (Cth) states the following in respect of consultation in s.389 of the Act:

[42] If an employer is obliged to consult and fails to do so there cannot be a genuine redundancy. 29 In the decision of Ventyx v Mr Paul Murray30 (Ventyx) the Full Bench explained that an award provision, similar to that included in the Award under consideration, did not require an employer to provide an opportunity for the employee to change the definite decision the employer has made. The award obligation, instead, required the employer to discuss certain prescribed matters (the introduction of the changes, the likely effects of the changes, and to consider measures to mitigate the adverse effects of such changes).31

[44] Consultation is not perfunctory advice on what is about to happen, consultation is providing the individual, or other relevant persons, with a bona fide opportunity to influence the decision maker. 33 The Full Bench in Ventyx posited that on the face of the plain language of the award clause in question, the clause was premised upon discussions occurring prior to or in advance of the implementation of the redundancies, as such, but after the definite decision has been made. The Full Bench illustrated its point referring to clause 9.1(a)(i), which provided:

Where an employer has made a definite decision to introduce major changes in production, program, organisation, structure or technology that are likely to have significant effects on employees, the employer must notify the employees who may be affected by the proposed changes and their representatives, if any.

[45] The consultation requirements are set out in the Award at cl.8:

8.1 If an employer makes a definite decision to make major changes in production, program, organisation, structure or technology that are likely to have significant effects on employees, the employer must:

8.2 For the purposes of the discussion under clause 8.1(b), the employer must give in writing to the affected employees and their representatives (if any) all relevant information about the changes including:

8.3 Clause 8.2 does not require an employer to disclose any confidential information if its disclosure would be contrary to the employer’s interests.

8.4 The employer must promptly consider any matters raised by the employees or their representatives about the changes in the course of the discussion under clause 8.1(b).

8.5 In clause 8 significant effects, on employees, includes any of the following:

8.6 Where this award makes provision for alteration of any of the matters defined at clause 8.5, such alteration is taken not to have significant effect.

[46] In short, while evidence was given of several staff meetings and of messages sent via group text messages, I am unpersuaded that these steps evinced consultation with the Applicant.

[47] However, the Respondent submitted that on 14 October 2019, Mr Pan identified that the Applicant’s position was at risk of becoming redundant as it appeared surplus to requirements. While the Respondent initially identified it had three nurses within its business, it appeared that there were five. Nevertheless, I do not consider that anything turns on this. The salient point is that by 14 October 2019, the Chief Financial Officer of the Respondent considered that it was not economically viable to retain the Practice Nurse Manager position.

[48] There was some dispute about what was discussed in the meeting on 15 October 2019. However, what is apparent is that the meeting took place as soon as practicable after a definite decision had been made.

[49] Mr Pan’s evidence was that the Applicant was provided with written financial information on the state of the business, which the Applicant disputes. It was difficult to discern whose version of events accurately portrayed what had occurred with respect of the provision of relevant written information. However, as requested, the Applicant was provided with a letter dated 15 October 2019, outlining the redundancy and the reason why, and a copy of the contract for the new position. 34 The letter set out the redundancy of the position and that the Applicant would be dismissed, effective 18 October 2019. I am satisfied that such action accords with the Award’s obligation under cl.8.2, but if I am wrong in this regard I have traversed detailed reasons at paragraphs 58 to 61 why my decision would remain unchanged regarding the dismissal of the application.

[50] It was agreed that there was discussion regarding the reason for the redundancy and the proposition that the Applicant consider a regular nursing role. This part of the meeting appears uncontroversial. The Applicant confirmed she was informed that she could be offered another position, however it was at a significantly lower wage. 35 Mr Pan had requested that the Applicant provide a definitive answer regarding the new position before this time, to enable plans to be made for the following week – hence the provision of an employment contract.36

[51] While there was limited time between the notification of the redundancy and the opportunity for the Applicant to accept redeployment or be dismissed, in the circumstances of this matter I am unconvinced that this negates there having been the requisite consultation. I am therefore satisfied that the consultation occurred as prescribed by the Award.”