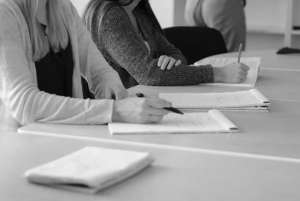 Where due to a downturn of work or in fact for any other genuine reason an employer decides to reduce staff numbers and the employer determines to achieve this by redistributing the duties performed by one or more employees to others resulting in those employees having nothing to do, then irrespective of the fairness of that decision,  the law regards the result as satisfying one of the statutory limbs of a genuine redundancy.

“s.389(1)(a) – the person’s employer no longer required the person’s job to be performed by anyone because of changes in the operational requirements of the employer’s enterprise

[100] The test to be considered where there has been a reorganisation or redistribution of duties is whether the employee has any duties left to discharge. 7 Where there is no longer any function or duty to be performed by an employee, his or her position becomes redundant even where aspects of that employee’s duties are still being performed by other employees.8

[101] The decision in Kekeris v A. Hartrodt Australia Pty Ltd T/A a.hartrodt 9 considered this point and established that the test is whether the previous job has survived the restructure or downsizing, rather than a question as to whether the duties have survived in some form. The Full Bench in Ulan Coal Mines Limited v Howarth and others10 considered and applied the decision of Ryan J in Jones v Department of Energy and Minerals11 and said:

[102] The Respondent’s business was, no doubt, substantially affected by the dramatic downturn in domestic and international aviation travel in 2020. Mr Jones understands this; he stated that even on his return to work in late June 2020 there was little work to do. The Respondent stated that employees were returned to work for 16 hours per week; Mr Jones said he worked 20 hours per week.”