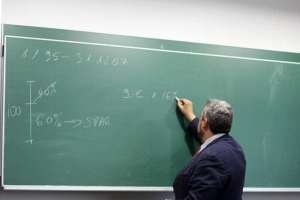 Many Australian employees misunderstand the nature of a genuine redundancy. This is particularly the case when an employer decides to abolish one job and replace it with another, but with a distinguishable focus or function. In such a case it is legitimate for an employer to terminate the employment of the holder of the abolished job, provided that the consultation requirements of any applicable modern award or enterprise agreement are met, and appoint another person, perhaps from outside the employer’s operations, to the new position, even if the second position incorporates many of the functions of the first job; provided that the two jobs are not the same.

The key to a comprehension of this is an understanding that, from the perspective of the Fair Work Act, a job consists of a number of functions and the issue is not whether the functions have been abolished but whether the job has ceased to be.

This fine line or distinction is at the heart of an unfair dismissal case, an extract from which is published in the following quote.

“Was the Applicant’s job no longer required to be performed by anyone because of changes in the operational requirements of the Respondent’s enterprise?

[15] Sub-section 389(1)(a) of the Act provides that a person’s dismissal was a case of genuine redundancy if the person’s employer no longer required the person’s job to be performed by anyone because of changes in the operational requirements of the employer’s enterprise.

[16] These words have long been used and applied in industrial tribunals and courts as a practical definition of redundancy. 2 The Explanatory Memorandum to the Fair Work Bill 2008 provides examples as to when a dismissal will be a case of genuine redundancy:

“1547 Paragraph 389(1)(a) provides that a person’s dismissal will be a case of genuine redundancy if his or her job was no longer required to be performed by anyone because of changes in the operational requirements of the employer’s enterprise. Enterprise is defined in clause 12 to mean a business, activity, project or undertaking.

1548 The following are possible examples of a change in the operational requirements of an enterprise:

[17] Further, it has been held that a job involves “a collection of functions, duties and responsibilities entrusted, as part of the scheme of the employer’s organisation, to a particular employee”. It has also been held that:

“what is critical for the purpose of identifying a redundancy is whether the holder of the former position has, after the re-organisation, any duties left to discharge. If there is no longer any function or duty to be performed by that person, his or her position becomes redundant”. 3

[32] Having regard to the evidence and submissions before me (including the cross-examination of the Applicant, Mr Cormack, and Ms Houlihan) I make the follow findings:

(a) The Respondent sought to dissolve the role of Office Coordinator in Sydney, and it did so after creating the Business Development Coordinator role. The Respondent took this action because it wanted to redirect its resources to business development, in the hope of securing new business opportunities in circumstances where it was concerned about the impact that the COVID-19 pandemic would have on its future prospects. In doing so, it redistributed the Office Coordinator’s administration tasks to other persons in its business. I accept that this restructure was brought about because there were changes in the operational requirements of the Respondent’s enterprise.

(b) While there is some overlap between the two roles, with some of the Office Coordinator duties being retained, the Business Development Coordinator role is distinct in its focus on what would typically be associated with a business development function. There is an ongoing expectation that the person performing these duties actively seek out new business, as opposed to supporting other persons in the business to carry out that responsibility on an ad hoc basis. For this reason, it is not the same role as the Office Coordinator.

(c) Just because there are similarities between roles does not mean they are the same job. The person employed as the Business Development Coordinator is effectively performing a different function within the Respondent’s enterprise. To that end, I find that the Office Coordinator role was no longer required to be performed by anyone in the Respondent’s enterprise at the time of the Applicant’s dismissal.

[34] I anticipate that the Applicant would be disappointed in my making this finding. I am not without sympathy for her situation. The Applicant clearly feels aggrieved by the way she was brought back into the Respondent’s business following her work-related injury. However, I do not accept the Applicant’s assertions that the redundancy was motivated for reasons other than operational ones. The Applicant has put a lot of circumstantial evidence before the Commission in an effort to cast doubt over the Respondent’s case. This circumstantial evidence has produced a lot of “smoke” around the reasons for her redundancy. However, I am not persuaded that there is the requisite “fire” — that is, that the redundancy was effectively a ‘sham’ to replace the Applicant. The Respondent has made out its case on the balance of probabilities. Despite her efforts, the Applicant’s case does not outweigh or undermine the Respondent’s evidence, and so I must accept that the facts before me satisfy s.389(1)(a) of the Act.”