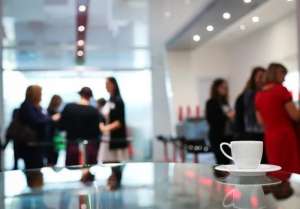 The Fair Work Act provides for statutory redundancy payments to be made to an employee if his or her employment is terminated either (a) at the employer’s initiative because the employer no longer requires the job done by the employee to be done by anyone except where this is due to the ordinary and customary turnover of labour OR because of the insolvency or bankruptcy of the employer; sub-sec 119(1).

The meaning of the ordinary and customary turnover of labour exception has been the subject of much judicial debate since it was introduced into the Fair Work Act in 2010 and also before then when as a general employment law principle it excluded an entitlement to redundancy pay in circumstances in which a job was terminated by an employer when the employee had accepted employment well knowing that its security was dependent upon the employer continuing to hold on to seasonal, fixed term and other finite quantities of particular work.

Nevertheless the practical application of the principle has never been wholly understood or applied, particularly to industries and vocations in which an employer and its employees well know that on-going employment is entirely dependent upon the employer obtaining discreet volumes of work from particular clients, a commercial risk both accept as “ordinary and customary”. Thus at the heart of this issue is whether an employee is entitled to the security of statutory redundancy in circumstances in which the employees well know that their job with a particular employer is problematic and not guaranteed and is entirely dependent upon the employer obtaining quantities of work as and when they become available in the market.

A Full Federal Court has just delivered a comprehensive analysis of the issue, the competing legal arguments, the legal context and the implications. Over the next several days I will explore the reasons for decision and post my thoughts about what the decision means. Here is the issue explained in an extract from the decision of the senior judge.

‘I am of opinion that the use of the words “ordinary” and “customary” in the exception was not accidental.  Both words in the cognate phrase convey that, in the usual course of the employment relationship from its inception (or perhaps as it evolves into a long-term job), there had to be a practice akin to a custom, that the parties to that relationship would not expect that the employer would be liable to make a redundancy payment to the employee when the contract came to an end.  The statutory phrase essentially refers to the nature of the employee’s job and requires consideration of whether, in the usual course, a person employed in it and the employer would have no reasonable basis to understand that the job was to last for an indefinite or substantial time.  The word “turnover” connotes change, not long term stability.  The word “ordinary” connotes what is usual or unexceptional.  And, the word “customary” connotes what is inherent in the relationship of an employer and an employee for the particular job or a job of that kind.

This Court, in Pacific Carriers Ltd v BNP Paribas [(2004) 218 CLR 451], has recently reaffirmed the principle of objectivity by which the rights and liabilities of the parties to a contract are determined. It is not the subjective beliefs or understandings of the parties about their rights and liabilities that govern their contractual relations. What matters is what each party by words and conduct would have led a reasonable person in the position of the other party to believe. References to the common intention of the parties to a contract are to be understood as referring to what a reasonable person would understand by the language in which the parties have expressed their agreement.

‘The principle of objectivity applies to the ascertainment, in any case, of what amounts to the “ordinary and customary turnover of labour” in the context of the particular job or category of employment relationship at hand.

‘The appellants’ argument that the subjective purposes and circumstances of an employer will be determinative of whether or not the exception will apply would render meaningless the entitlement that the Parliament intended s 119(1) to confer as a national employment standard. The application of such a standard cannot be dependent on the idiosyncratic, subjective intentions of an individual employer, which will necessarily differ between employers in the same industry and need not be shared by the employees concerned or a reasonable person in the position of the parties. The national employment standard in s 119(1) must apply objectively to the circumstances of a particular job with an employer or to a class or category of job in an industry, trade, calling or employment market. The exception in s 119(1)(a) is equally objective.

‘The common law concept of a contractual term implied by custom offers some insight as to what “customary” means in the exception.  In Con-Stan Industries of Australia Pty Ltd v Norwich Winterthur Insurance (Australia) Ltd (1986) 160 CLR 226 at 236, Gibbs CJ, Mason, Wilson, Brennan and Dawson JJ said:

“[The custom] must be so notorious that everybody in the trade enters into a contract with that usage as an implied term. It must be uniform as well as reasonable, and it must have quite as much certainty as the written contract itself.”

However, it is not necessary that the custom be universally accepted, for such a requirement would always be defeated by the denial by one litigant of the very matter that the other party seeks to prove in the proceedings.

‘The appellants’ arguments sought to identify the particular commercial circumstances of the Spotless group as the governing criterion for ascertaining whether, in any employment situation in which a member of the group found itself when it decided to terminate an employee’s employment, the ordinary and customary turnover of labour exception relieved it from the statutory obligation to pay redundancy.  They asserted that the Spotless group’s business was, as the appellants said, to win and lose contracts on a regular basis.

‘However, the Spotless group’s overall perceptions of how it ran its business cannot control what reasonable persons in the position of any member company in the group and any particular employee of that company would expect to be the nature and duration of that employment relationship or job.  As Gleeson CJ, McHugh, Kirby, Hayne and Callinan JJ said in Equuscorp Pty Ltd v Glengallan Investments Pty Ltd (2004) 218 CLR 471 at 483 [34]:

the “general test of objectivity [that] is of pervasive influence in the law of contract” (Australian Broadcasting Corporation v XIVth Commonwealth Games Ltd (1988) 18 NSWLR 540 at 549, per Gleeson CJ). The legal rights and obligations of the parties turn upon what their words and conduct would be reasonably understood to convey, not upon actual beliefs or intentions (Gissing v Gissing [1971] AC 886 at 906, per Lord Diplock; Ashington Piggeries Ltd v Christopher Hill Ltd [1972] AC 441 at 502, per Lord Diplock).

‘Something that is ordinary and customary and affects the incidents of a job must be known to the actual or prospective parties to the contract of employment.  Hence, the distinction that Fisher P identified between terminations of employment due to the ordinary and customary turnover of labour, which almost invariably occurred on the employer giving the employee a reasonable period of notice, and those terminating a career or settled expectation of continued employment, which attracted the right to payment on redundancy…………….

‘The purpose of the exception in s 119(1)(a) is to protect an employer from having to make redundancy payments in circumstances where a reasonable person in the position of both parties to the contract of employment would have understood or expected, from its inception or nature or as the length of the employee’s service grew, that the job was not of a permanent or an ongoing nature, but would come to an end within a reasonably foreseeable timeframe. In other words, in order to fall within the exception in s 119(1)(a), the employment, or job, must be of such a nature that a reasonable person in the position of both those offering or seeking the particular job (or who were aware of all of the circumstances in which the employee had remained in the employer’s workforce for sufficiently long) would be aware and expect that it would come to an end in the ordinary course. That expectation arises objectively because, in the regular or usual order of things, and the accepted custom of the industry, trade, or employment market, when the employer terminates the employee’s job and he or she is not replaced, the employee will have no right to payment of redundancy pay.”