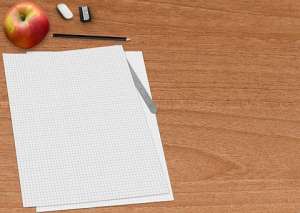 Following upon yesterday’s post, here is another take on the issue so important to an understanding of redundancy law in Australia as to what constitutes a redundancy and the focus upon whether after the employer’s reorganization there are any functions or duties left to be performed by an employee.

[20] In considering a whether there has been a reorganisation or redistribution of duties, it is pertinent to consider whether the employee has any duties left to discharge. 2 Where there is no longer any function or duty to be performed by an employee, his or her position becomes redundant even where aspects of that employee’s duties are still being performed by other employees.3

[21] Hamberger SDP considered this issue in Kekeris v A. Hartrodt Australia Pty Ltd T/A a.hartrodt 4 and established that the test is whether the previous job has survived the restructure or downsizing, rather than a question as to whether the duties have survived in some form. In Ulan Coal Mines Limited v Howarth and others [2010] FWAFB 3488, the Full Bench considered and applied the decision of Ryan J in Jones v Department of Energy and Minerals (1995) 60 IR 304 and said:

[17] It is noted that the reference in the statutory expression is to a person’s “job” no longer being required to be performed. As Ryan J observed in Jones v Department of Energy and Minerals (1995) 60 IR 304 a job involves “a collection of functions, duties and responsibilities entrusted, as part of the scheme of the employees’ organisation, to a particular employee” (at p. 308). His Honour in that case considered a set of circumstances where an employer might rearrange the organisational structure by breaking up the collection of functions, duties and responsibilities attached to a single position and distributing them among the holders of other positions, including newly-created positions. In these circumstances, it was said that:

This does not mean that if any aspect of the employee’s duties is still to be performed by somebody, he or she cannot be redundant (see Dibb v Commissioner of Taxation (2004) FCR 388 at 404-405). The examples given in the Explanatory Memorandum illustrate circumstances where tasks and duties of a particular employee continue to be performed by other employees but nevertheless the “job” of that employee no longer exists.

[22] Operational requirements is a broad term, encompassing present performance of the business; the state of the market in which the business operates; steps that may be taken to improve efficiency by installing new processes, equipment or skills, or by arranging labour to be used more productively; and the application of good management to the business.

[25] The Respondent submitted there have been changes in the operational requirements of the business. Due to the COVID-19 shutdown, the Respondent said it had experienced a severe downturn in work and has had to downsize its labour force, and that at the time of filing its written submissions, it had stood down 27 full time and 124 part time staff, ceased rostering casual employees for any shifts, and identified 14 roles no longer required. The Respondent submitted that only 17 roles remained unchanged across the business.

[26] In Solari v RLA Polymers Pty Ltd 5, the Commission considered a case where an employer closed one of its two plants and only one employee, a long-term employee of some 16 years, was made redundant. Sams DP found the respondent had a difficult choice to make on the basis of its operational requirements and its knowledge of the applicant’s skills and experience, and ultimately dismissed the applicant. Sams DP said (my emphasis):

[15] It is perfectly understandable that the applicant would feel hurt, upset and even betrayed by the respondent’s decision to make him – and only him – redundant. It is also understandable that he believes he has the skills to perform the work of the other permanent employees. Most employees after 16 years service would feel they have the experience and knowledge to perform work across the broad spectrum of a company’s operations. This is a natural human reaction. However, when compared to others, this might not always be the reality. Ultimately however, it is the prerogative of Management to manage its business as it sees fit; subject to treating its employees fairly and honestly.

[16] Given the applicant’s 16 years of loyal and conscientious service (which I accept unreservedly), and the respondent’s genuine expressions of regret over the applicant’s redundancy (which I also accept), I have a great deal of sympathy for the applicant. However, sympathy alone does not overrule the legal position or the policy intent of the Act, which denies access to an unfair dismissal remedy where an employee’s termination of employment is a genuine redundancy, as defined. Any forced redundancy is always most regrettable and likely to have a severe impact on an employee and his/her family, particularly someone of the applicant’s age. This is, after all, why all employees are protected, in part, by redundancy payments under their relevant Award or Agreement and why minimum redundancy standards are now a legislated feature of the National Employment Standards (NES). I have no doubt that the respondent acted appropriately in that regard and, in fact, provided a greater period of notice than the Award provides.

[27] Here, there is clear evidence of a significant downturn in business. The Respondent was entitled to take steps to ensure business survival where they were facing a significant and unknown period of revenue decline which included: redundancies, stand-downs, and other changes in staffing arrangements.

[28] In the interview, which was covertly reordered by the Applicant, but allowed in evidence by the Respondent, on 24 April 2020, the Respondent made it clear that the pandemic had severely impacted the aviation industry and the business had been forced to dramatically cut back its business expenses, which included reducing capital expenditure through stopping projects or finishing off those in execution and reducing staff numbers. The Applicant was informed that his projects were being halted or reduced in scope and that his role was no longer required. The Applicant was informed that redundancies were happening across the business and that the decision involving the Applicant was not based upon any performance issues. The decision to end the employment relationship with the Applicant was purely as part of an organisation wide effort to make a dramatic change in the size and scope of the business to survive the brutal impacts of the pandemic.

[29] The message was confused as in the haste to have the conversations with all the affected staff, the employer had not correctly characterised the Applicant’s employment relationship and during the conversation he was informed that he was going to be terminated in accordance with his contract with one months’ notice, paid in lieu.

[30] Despite this confusion over what the severance amount would be, this was corrected shortly afterwards. The elimination of the Applicant’s role was a direct result of the downsizing that the organisation undertook. Some capital projects he was responsible for were taken to completion and others were reduced in scope or halted. The employer is entitled to make relevant decisions over how to manage their business. What is clear is that the role was no longer required due to the respondent’s changed operational requirements.”