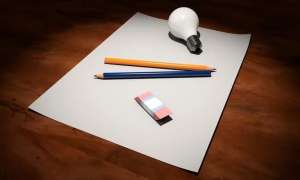 Quite possibly the most difficult concept in fair work law and cases which lay persons struggle to understand is that of what constitutes the redundancy of a job when the functions of it are redistributed to other workers. The issue is well explained in the following passage from a recent decision of the Fair Work Commission.

“s.389(1)(a) – the person’s employer no longer required the person’s job to be performed by anyone because of changes in the operational requirements of the employer’s enterprise

[109] The test to be considered when considering whether there has been a reorganisation or redistribution of duties is whether the employee has any duties left to discharge. 1 Where there is no longer any function or duty to be performed by an employee, his or her position becomes redundant even where aspects of that employee’s duties are still being performed by other employees.2

[110] The decision in Kekeris v A. Hartrodt Australia Pty Ltd T/A a.hartrodt 3 considered this point and established that the test is whether the previous job has survived the restructure or downsizing, rather than a question as to whether the duties have survived in some form. The Full Bench in Ulan Coal Mines Limited v Howarth and others [2010] FWAFB 3488 considered and applied the decision of Ryan J in Jones v Department of Energy and Minerals (1995) 60 IR 304 and said:

[111] In early April 2020, the Respondent was faced with the scenario of employing three casual technicians for approximately 20-30 hours per week, a significantly reduced client base and hours of work to be performed, and Mr Taylor, as owner of the business, with very little work to perform. Naturally, he would be entitled to reduce the workers in the business that he and his wife own and operate and perform some of those duties.

[112] Operational requirements is a broad term, involving present performance of the business, the state of the market in which the business operates, steps that may be taken to improve efficiency by installing new processes, equipment or skills, or by arranging labour to be used more productively, and the application of good management to the business.

[113] I accept the Respondent’s evidence that it no longer required three casually employed technicians to perform the reduced work, and Mr Taylor absorbed some of the hours of work into his own daily and weekly hours. He was entitled to do so.

[114] Where Mr Balchin proposed in these proceedings that the reduced hours of work could or should have been shared between the three technicians, including himself, that is not a consideration in determining if s.389(1)(a) has been satisfied. In determining this limb of the jurisdictional objection, notions of fairness do not come into play, nor does any analysis of a person’s skills or abilities against one’s colleagues.

[115] I am satisfied that following the changes in the operational requirements of the Respondent’s enterprise, the Respondent no longer required Mr Balchin’s job to be performed by anyone else. The criterion in s 389(1)(a) of the Act is satisfied.”