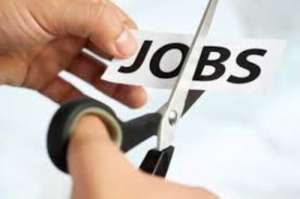 There are various circumstances under the Fair Work Act in which statutory redundancy pay is not required to be paid when an employee’s employment is terminated due to the redundancy of his or her position. They include when an employee has not been employed continuously by the employer for 12 months continuously and also where the employer is a small business employer.

In addition to those exceptions the termination of the employment of an employee following the redundancy of the employer position will not attract statutory redundancy pay where it is “due to the ordinary and customary turnover of labour”; see sub-sec 119(1)(a), Fair Work Act 2009.

What does this mean? Here is an explanation from a recent decision of the Federal Court of Australia.

The “ordinary and customary “Justice Reeves of the Federal Court did not accept this argument, taking the view that in its statutory context, the OCTL Exception is confined to ‘a narrow set of circumstances’.2

According to Reeves J:

“… the Exception applies if a particular employer decides to terminate a particular employees’ [sic] employment and to render that employee’s job redundant in circumstances where the redundancy component of that decision is for that employer, with respect to its labour turnover, both common, or usual, and a matter of long-continued practice. In that confined set of circumstances, the employer concerned does not have to pay the employee concerned any redundancy pay”.3

In this case, Reeves J considered that Berkeley had not discharged the onus of establishing that its decision to make the employees redundant satisfied the limited operation of the OCTL Exception.

The factual circumstances attaching to the relevant contract with Lend Lease – the contractual relationship had extended for over 20 years, and Berkeley had employed the affected employees for between 4 and 21 years – did not assist Berkeley. This was despite the evidence about Spotless’s contracting and redundancy practices, and the competitive pressures it faced.

Reeves J ultimately concluded that the relevant redundancies in this case were, for Berkeley, ‘uncommon and extraordinary and not a matter of long-continued practice’.4

As the OCTL Exception did not apply, Reeves J found that the affected employees were entitled to be paid redundancy pay entitlements; and that by not paying them, Berkeley had contravened sections 44 and 119 of the FW Act.”