Redundancy entitlements when position changes for the worse 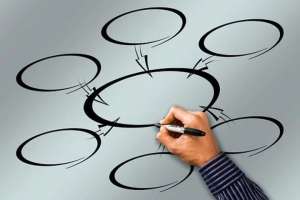 For some time now I have been personally intrigued by the question whether statutory redundancy is payable by an employer who forces an employee to accept a lesser position, for example part time employment after making the employee’s position redundant. The issue arises because the main determinant of whether an employee is entitled to redundancy pay is whether the employee’s employment is “terminated” (see sec 119(1), Fair Work Act 2009) which in a sense does not occur if the affected employee accepts an alternative position against his or her will when the employee’s position is abolished.

The answer (at least for the moment) is that for the purposes of the redundancy provisions of the Act, an employee is to be regarded as having his or her employment “terminated” if it is abolished irrespective whether he or she offers a lesser position and continues in employment.

(a)          an employee is entitled to be paid an amount of redundancy pay by the employer because of section 119; and

(i)        obtains other acceptable employment for the employee; or

Sections 121, 122 and 123 describe situations in which the employee does not have this entitlement.

The object of this Act is to provide a balanced framework for cooperative and productive workplace relations that promotes national economic prosperity and social inclusion for all Australians by:

(a)          providing workplace relations laws that are fair to working Australians, are flexible for businesses, promote productivity and economic growth for Australia’s future economic prosperity and take into account Australia’s international labour obligations; and

(b)          ensuring a guaranteed safety net of fair, relevant and enforceable minimum terms and conditions through the National Employment Standards, modern awards and national minimum wage orders; and

(c)          ensuring that the guaranteed safety net of fair, relevant and enforceable minimum wages and conditions can no longer be undermined by the making of statutory individual employment agreements of any kind given that such agreements can never be part of a fair workplace relations system; and

(d)          assisting employees to balance their work and family responsibilities by providing for flexible working arrangements; and

(e)          enabling fairness and representation at work and the prevention of discrimination by recognising the right to freedom of association and the right to be represented, protecting against unfair treatment and discrimination, providing accessible and effective procedures to resolve grievances and disputes and providing effective compliance mechanisms; and

(g)          acknowledging the special circumstances of small and medium‑sized businesses.

37          First, the Act is to provide a safety net of minimum terms and conditions of employment that cannot be undermined.

38          Second, the Act is not expressed as a reform that removes or reduces minimum terms and conditions of employment afforded by the law as it existed at the time of enactment.  Nor is it expressed as a codification or improvement of existing minimum standards.  Rather, its object is to ensure ‘fair, relevant and enforceable’ minimum terms and conditions.  Save that there might be said to be unfairness to employees in a general sense if minimum standards were reduced by the Act (such as by confining the circumstances in which there may be an entitlement to redundancy pay), it is difficult to discern any specific object concerning the relativity between minimum standards as they existed before the Act was enacted and those expressed through the Standards.  Nevertheless, it would appear to be unlikely that the Act would deploy established terminology in the field of industrial law concerning an established standard as to particular workplace conditions (such as redundancy pay) where it was intended to change the standard.  A purpose of establishing minimum terms and conditions may be expected to be advanced by using existing terminology where such conditions were to be adopted by the Act.

39          Third, the Act has detailed provisions that provide for compliance and enforcement and establishes a Fair Work Ombudsman and a Fair Work Commission with substantial powers to supervise compliance and ensure enforcement of the Standards. The rights and protections afforded by the Act do not depend upon the employee independently resorting to claims. The Act puts in place a substantial structure to support the making of claims. Nevertheless, the Fair Work Act confers statutory entitlements upon employees that cannot be undermined and to that extent is protective of the interests of employees. It would be contrary to this purpose if a particular condition was interpreted in a manner that, in effect, conferred power upon an employer by adopting a particular business practice to decide whether its employees would receive the benefit of a particular minimum entitlement (such as redundancy pay).

40          Fourth, the Act has objects that include the promotion of productivity and economic growth and flexibility for business.  An interpretation that inhibited the ability of a business to adopt employment practices that best suited the nature of its business activities would be inconsistent with this object.

41          Fifth, the terms of Division 11 manifest an intention to provide a qualified right to redundancy pay. It is qualified by the presently contentious language in s 119(1)(a). It is also qualified by the exclusions expressed in s 121 (employees for less than 12 months and employees of small business and those the subject of a modern award with specific provisions). Importantly, it is further qualified because Division 11 does not apply to the employees described in s 123. They include employees ‘employed for a specified period of time, for a specified task, or for the duration of a specified season’, employees terminated for misconduct and casual employees.

The resolution of the issue

The evolution in the common law as to the relationship of employment has been seen as a classic illustration of the shift from status (that of master and servant) to that of contract (between employer and employee).

It does not appear to have been doubted in this country that a wrongful dismissal terminates the employment relationship notwithstanding that the contract of employment may continue until the employee accepts the repudiation constituted by the wrongful dismissal and puts an end to the contract.  That was accepted by both the majority and minority in Automatic Fire Sprinklers Pty Ltd v Watson …

[T]he wrongful dismissal determines the relationship of master and servant created by the contract, even though the servant may not have accepted his dismissal as entitling him to regard the contract as discharged.

Certain changes introduced by the employer, in particular as concerns conditions of employment and which do not arise out of genuine operational requirements, might place the worker under pressure either to accept such changes or to give up his job or incur the risk of being sanctioned for having disregarded the employer’s instructions.  It is therefore necessary to be able to verify whether a situation does not constitute a disguised dismissal or a real termination of the relationship instigated by the employer in the sense of the Convention, since otherwise the worker concerned would de facto or de jure be unduly deprived of the protection provided by the Convention.

(a)          the person’s employment with his or her employer has been terminated on the employer’s initiative; or

(i)          the demotion does not involve a significant reduction in his or her remuneration or duties; and

(ii)         he or she remains employed with the employer that effected the demotion.