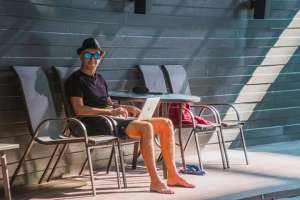 The Fair Work Act permits an employer which has obtained “other acceptable employment” for an employee who has had his or her employment terminated due to redundancy to apply to the Fair Work Commission to have the payment otherwise due as redundancy pay reduced or eliminated.

Here is the answer from a recent Fair Work Commission case.

Yet, the use of the qualification ‘acceptable’ is a clear indication that it is not any employment which complies but that which meets the relevant standard. In our opinion there are obvious elements of such a standard including the work being of a like nature, the location being not unreasonably distant; the pay arrangements complying with award requirements. There will probably be others.” 2

[24] In a similar vein the Full Bench in Clothing and Allied Trade Union of Australia v Hot Tuna Pty Ltd 4 found that the determination of whether alternative employment is acceptable will involve a consideration of such matters as pay levels, hours of work, seniority, fringe benefits, workload and speed, job security and other matters including the location of the employment and travelling time.

[25] In Sodexo Australia Pty Ltd T/A Sodexo 5, Deputy President Sams considered various authorities in respect of the question of what constitutes ‘other acceptable employment’ and helpfully summarised the principles in the following terms:

“•  the test of what constitutes ‘acceptable employment’ is an objective one. It does not mean it must be acceptable to the employee.