Redundancy; consultation must be real and meaningful 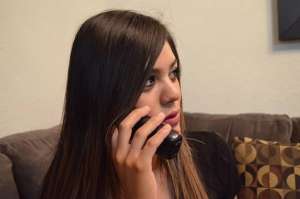 Here is an extract from a Fair Work Commission case which makes it clear that the consultation obligations of any applicable modern award or enterprise agreement are critical to whether a redundancy is genuine, and thus a jurisdictional defence to an unfair dismissal claim.

“Did the Respondent comply with any obligation in a modern award that applied to the employment to consult about the redundancy?

[27] The parties agree that the Applicant’s employment was covered by the Storage Services and Wholesale Award 2010 (Award).

“If an employer makes a definite decision to make major changes in production, program, organisation, structure or technology that are likely to have significant effects on employees, the employer must:

(c) commence discussions as soon as practicable after a definite decision has been made”.

“For the purposes of the discussion under clause 9.1(b), the employer must give in writing to the affected employees and their representatives (if any) all relevant information about the changes including:

(c) any other matters likely to affect employees”.

[30] By admission, the Respondent acknowledges that it has not provided written notice in accordance with cl.9.2. 24 The failure of the Respondent to comply with this Award obligation could be said to result in a failure to satisfy sub-para.389(1)(b) of the Act, and a dismissal of the jurisdictional objection. However, the Respondent has sought to rely on a decision of Commissioner Foggo in Tyszka v Sun Health Foods Pty Ltd (Sun Health Foods).25 In that case, the Commissioner found that the respondent employer had complied with the consultation requirements under an industrial award despite not having complied with that award’s requirements.26

[31] I do not take Sun Health Foods to stand for a general principle that the requirement of consultation can be reached if an employer has the “intention” to consult, as the Respondent has suggested. 27 I say this for two reasons. Firstly, Commissioner Foggo put aside the employer’s failure to abide by one award requirement (i.e. written notice) in circumstances where the employer had regular contact with the relevant employees and, as a matter of fact, made an effort to orally consult staff (and did so over an extended period of time). The Commissioner’s ratio in that matter is more nuanced than the Respondent submits, and I do not propose to follow it here.

[32] Secondly, in my opinion, an obligation imposed on a person or persons under an Award should not be treated as a mere guideline, suggestion, or a “maybe”. Award obligations are legal obligations made under statute and hold such status. They are obligations that must be complied with and, when they are not, the legal consequences of their breach must flow. While I am not saying that Sun Health Food is wrongly decided, I do query the extent to which a technical Award obligation can be put aside because a related, broader substantive requirement has been met. In any event, however, Sun Health Food is a decision that turns on its own facts.”