Redundancy consultation must be meaningful 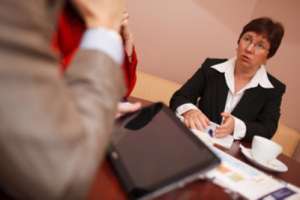 The following Fair Work Commission case indicates that the required consultation must be meaningful and not just tokenism.

[19] These provisions are of long standing, emanating from the Termination, Change and Redundancy test case 6 in the early 1980s and from time to time have been reflected in legislation. The requirement to discuss proposed changes and consult about the changes has been held to require meaningful consultation and not merely an afterthought. Consultation after an irrevocable decision has been made has been held to not amount to meaningful consultation7.

“Consultations can be of very real value in enabling points of view to be put forward which can be met by modifications of a scheme and sometimes even by its withdrawal. I start accordingly from the viewpoint that any right to be consulted is something that is indeed valuable and should be implemented by giving those who have the right an opportunity to be heard at the formative stage of proposals – before the mind of the executive becomes unduly fixed.” 8

In the matter before me I am satisfied that there was no consultation with the Applicant. She was advised of the decision to make her position redundant and engage an agent and when she enquired as to whether she could take on the role of agent was told that it would not be fair to her. This does not amount to consultation but, in any event, it was a one way process. The decision had been made; the Applicant would be made redundant; no discussion was to be had. As Mr Clegg said in his evidence, the phone conversation of 15 June 2017 with the Applicant was to relay the decision to her; it was not to have a discussion with her about the decision. I would also observe that the Respondent did not provide anything to the Applicant in writing as is required under clause 9.1(b)(iii) of the SSW Award and, in this respect, failed to meet the consultation requirements.”