Redundancy and going though the motions with consultation 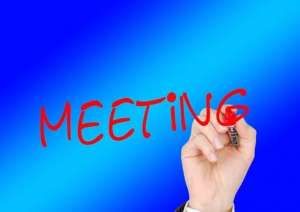 The Fair Work Act requires an employer which is seeking to defend an unfair dismissal case on the basis of the jurisdictional defence that the termination of the employee’s employment arose from a genuine redundancy to establish that the employer complied with the consultation provisions of an applicable modern award or enterprise agreement.

Nevertheless, there are many cases of the Fair Work Commission to the effect that it will turn a blind eye to that requirement if the employer can establish that the required consultation would not have altered the situation in the employee’s favour.

However where the Commission in an unfair dismissal case determines in that context that the required consultation might well have altered the situation, the position changes accordingly as this passage from a recent decision of the Fair Work Commission makes clear.

“Unlike the situation in cases such as Maswan (at [39]) and Smith v Alice Care Care Centre Pty 33 (at [53]), I am not satisfied in the particular circumstances of this case that if consultation in accordance with the requirements of the Clerks Award had occurred, “it would have made no difference to the ultimate outcome”.34 Had proper and meaningful consultation taken place with Ms Freebairn in accordance with the requirements of clause 38 of the Clerks Award, I am satisfied on the balance of probabilities that either Ms Freebairn or TJL would have suggested or proposed the option of Ms Freebairn reducing her days of work from 3 per week to 2 per week and TJL would have put such alternative arrangements in place, with the result that Ms Freebairn would have retained her employment with TJL, just as other administrative staff employed by TJL did.

[56] Further, I am satisfied that a proper consultation period would have extended to at least the end of March 2020, at which time the JobKeeper scheme was announced. 35 Mr Moore gave evidence that if “JobKeeper had been announced before these discussions took place [on 25 March 2020], it is possible that there would have been a different outcome”.36 Mr Moore also gave evidence that TJL qualified for the JobKeeper scheme and its administrative staff who had had their hours of work reduced at the end of March 2020 subsequently had their pre-COVID-19 hours of work restored and they received their usual wage (assuming it was higher than the JobKeeper allowance), paid by TJL but contributed towards by the federal government. I am satisfied that if TJL had complied with its consultation obligations under clause 38 of the Clerks Award, Ms Freebairn would have been returned to her 3 days per week from early April 2020 and received payment equal to the $1,500 JobKeeper allowance each fortnight, which is higher than Ms Freebairn’s usual gross fortnightly remuneration.37 Having regard to these matters, I find that if TJL had complied with its consultation obligations under the Clerks Award, it would have made a considerable difference to the ultimate outcome – Ms Freebairn would have remained in employment and received the JobKeeper allowance, rather than be dismissed. This weighs in favour of Ms Freebairn’s contention that her dismissal was unfair in all the circumstances.

[57] In assessing the fairness of Ms Freebairn’s dismissal, I have also taken into account the fact that in about late March 2020, TJL, like very many businesses and employees, was enduring a difficult, uncertain and stressful time as a consequence of the impact of COVID-19. TJL was required to make difficult decisions to address a significant decline in its revenue, while also managing the health and welfare of its employees at work. This meant that decisions were made quickly and processes that would otherwise have taken a longer period of time were truncated.”