Redundancies; the job and its functions 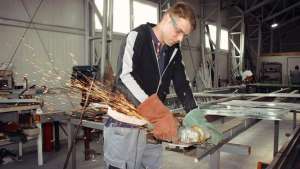 A genuine redundancy arises under the Fair Work Act when the job does not survive the event and is not satisfied just because the functions of the job may survive.

(1) A person’s dismissal was a case of genuine redundancy if:

(a) the person’s employer no longer required the person’s job to be performed by anyone because of changes in the operational requirements of the employer’s enterprise; and

(b) the employer has complied with any obligation in a modern award or enterprise agreement that applied to the employment to consult about the redundancy.

(2) A person’s dismissal was not a case of genuine redundancy if it would have been reasonable in all the circumstances for the person to be redeployed within:

(a) the employer’s enterprise; or

(b) the enterprise of an associated entity of the employer.

[22] The test I must consider when determining whether there has been a reorganisation or redistribution of duties is whether the employee has any duties left to discharge. 3 Where there is no longer any function or duty to be performed by an employee, his or her position becomes redundant even where aspects of that employee’s duties are still being performed by other employees.4

[23] This test was considered in Kekeris which established the question is whether the previous job has survived the restructure or downsizing, rather than a question as to whether the duties have survived in some form. 5 In Ulan Coal Mines Limited v Howarth and others [2010] FWAFB 3488, the Full Bench considered and applied the decision of Ryan J in Jones v Department of Energy and Minerals (1995) 60 IR 304 and said:

[17] It is noted that the reference in the statutory expression is to a person’s “job” no longer being required to be performed. As Ryan J observed in Jones v Department of Energy and Minerals (1995) 60 IR 304 a job involves “a collection of functions, duties and responsibilities entrusted, as part of the scheme of the employees’ organisation, to a particular employee” (at p. 308). His Honour in that case considered a set of circumstances where an employer might rearrange the organisational structure by breaking up the collection of functions, duties and responsibilities attached to a single position and distributing them among the holders of other positions, including newly-created positions. In these circumstances, it was said that:

This does not mean that if any aspect of the employee’s duties is still to be performed by somebody, he or she cannot be redundant (see Dibb v Commissioner of Taxation (2004) FCR 388 at 404-405). The examples given in the Explanatory Memorandum illustrate circumstances where tasks and duties of a particular employee continue to be performed by other employees but nevertheless the “job” of that employee no longer exists.