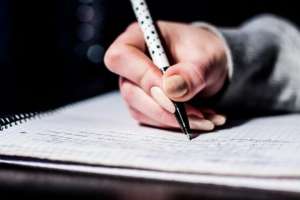 It is quite common for an employee whose employment is terminated on the grounds of redundancy (more technically a “genuine redundancy”) to subsequently develop a suspicion, either through gnawing doubt or perhaps because he or she comes across information discovered after the dismissal which sows a seed of doubt about the genuineness of the redundancy. How does the Fair Work Commission deal with this in the context of granting the employee an extension of time to take an unfair dismissal case to the Commission.

Essentially the reason for the delay in the Applicant making her application, is that the Applicant asserts that she was provided with information on 6 May 2020, that confirmed a suspicion she held when her employment was terminated on 17 August 2018, that her redundancy had been orchestrated to remove her from her role. In this regard, the Applicant refers to the appointment of Ms Kahler as Club Manager, and the email from a representative of Clubs Queensland in relation to the termination of her employment. The Applicant also relies on minutes of meetings of the Club’s board where the termination of her employment was discussed as evidence that her redundancy was not genuine.

I accept that there will be cases where an employee is informed that his or her position is redundant, and information emerges at a later date which indicates that the redundancy is not genuine in the sense that the redundancy is a ruse to dismiss the employee. For example, within a relatively short period, a new employee is employed in the same or substantially the same role as was held by the employee who was made redundant. I also accept that such circumstances may be considered exceptional where the conduct of the employer is deceptive and has been engaged in with the intent of disguising a dismissal as a redundancy and where that conduct could not have been identified at the time of the dismissal.

I do not accept that the present case is a case of this kind. Firstly, there is a significant lapse of time between the termination of the Applicant’s employment on 17 August 2018 and the promotion of an existing employee to the position of Club Manager on 20 February 2020. Secondly, I accept the evidence of Mr Sergeant that at the time the Applicant’s position was made redundant, the Club had sustained a significant loss in February 2018 and that when the new Club Manager position was established in February 2020, the Club had returned to profit. Thirdly, Mr Sergeant’s evidence that the new Club Manager position is different to the position held by the Applicant was not challenged. In light of these matters, it is more probable than not that the decision to make the Applicant’s position redundant was based on the financial position of the Club rather than a ruse to dismiss the Applicant.

I also do not accept that the correspondence from Clubs Queensland and the board minutes tendered by the Applicant establish that her dismissal was a ruse and that her redundancy was not genuine. When all of the evidence is considered, I am satisfied that the Review carried out by Clubs Queensland overtook the disciplinary process that had been commenced with respect to the Applicant and that the management committee determined to implement the restructuring rather than persist with the disciplinary process. The fact that the Club viewed this as the easy way out, does not result in the Applicant’s redundancy being other than genuine.

If the Applicant had suspicions about the genuineness of her redundancy, then she had the ability to challenge her dismissal at the time it was effected and with reasonable diligence could have obtained the information that she now seeks to rely on. The Applicant was represented by a Union at the time of her dismissal and it is her evidence that she was advised to accept the redundancy on the basis that the Club was in financial difficulty. The Applicant took that advice and now seeks to revisit the situation after a significant period of time has elapsed in circumstances where the only new event is that some 18 months after the Applicant’s dismissal, the Club has employed a new manager, albeit the role is not the same role as was previously filled by the Applicant.

I accept that the Applicant was not satisfied with the decision of the Management Committee to make her position redundant at the time it occurred and that she continues to hold a suspicion that her redundancy was not genuine. However, as Full Bench of the Commission observed in Shaw v Australia and New Zealand Banking Group Limited T/A ANZ Bank the “demands of justice [and] general welfare of society”8 require certainty. The time for the Applicant to make an unfair dismissal application to test her suspicions, was 630 days ago.

The “new” information does not weigh in favour of a significant indulgence being granted to the Applicant. The information she seeks to rely on is not new and existed prior to her dismissal. That information was discoverable through the ordinary processes of the Commission. This is not a case where, on the basis of new information which was not discoverable at the time of the dismissal, what was on the face of it a genuine redundancy is now in doubt. In this regard, I agree with the Decision of Commissioner Spencer in The Applicant v The Respondent9 in which it was found that the applicant could have discovered information he sought to rely on as a basis to extend time, at the time of his dismissal.10

For these reasons, I do not accept that the Applicant has provided a reasonable explanation for the delay in making her application and this weighs against the grant of a further period.

Whether the person first became aware of the dismissal after it had taken effect – s.394(3)(b)

It is not in dispute that the Applicant was aware that the termination of her employment took effect on 17 August 2018. This consideration is not relevant in the present case and is a neutral consideration.

In the context of such an extensive delay, I consider that this factor weighs against an extension of time being granted.

Prejudice to the employer (including prejudice caused by the delay) – s.394(3)(d)

The Club submits that the passing of time would subject it to “extreme prejudice” in trying to defend the claim. In this respect the Club relies upon the reconfiguration of the Management Committee since the time of the Applicant’s dismissal and the passage time.

Whilst the delay is extreme, it does not follow that the prejudice can be described in the same terms. I do accept that there would be some prejudice above the ordinary prejudice an employer might experience in defending an unfair dismissal application. This weighs against an extension of time being granted.”