Reducing redundancy pay by offer of “other acceptable employment” 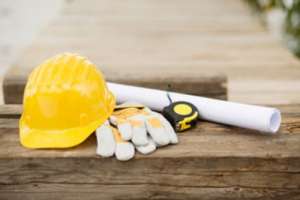 Sec 120 of the Fair Work Act entitles an employer to apply to the Fair Work Commission for an order reducing or eliminating statutory redundancy pay if “the employer obtains other acceptable employment for the employee”.

Can an employer do so when it offers and the employee accepts a lesser position in the employer’s operations in lieu of losing his or her job due to the redundancy of the former position?

In  Re JCORP Pty Ltd T/A Now Living (2018) FWC 2627 delivered 11 May 2018 per Williams C, the Fair Work Commission appears to have assumed that the answer is yes. In that case the employer made the position of Drafting Manager redundant and offered a lesser position of Draftsperson to the employee, who accepted the offer. However because the new role was a significant demotion in terms of status and remuneration, Commissioner Williams held that the employer had not obtained “other acceptable employment” for the employee and refused to grant the employer’s claim for a 70% reduction of its obligation to pay statutory redundancy pay.

“Whether other employment obtained by an employer is “other acceptable employment” is an objective question not determined by the employer’s or the employee’s opinion. Factors likely to be relevant in considering this question include amongst others the nature of the work to be done, the rate of pay, hours of work, skills, duties, seniority and location of the work when compared to the position that was made redundant. The onus is on the Applicant, in this case JCORP, to satisfy the Commission that they have obtained the other employment and that it is “other acceptable employment”…………………..

The other employment also involves a significant reduction in seniority. Mr Souren in his redundant position was the manager of the drafting and design department. In the other employment as a Draftsperson he will no longer have any managerial responsibilities and in fact will be reporting to the Senior Draftsperson, one of the staff he previously managed. This change is a significant negative factor that weighs against finding that the Draftsperson position is other acceptable employment.

Considering all of these factors I am not satisfied that the other employment as a Draftsman is other acceptable employment.”

**** There is an academic problem with the outcome of this case. As the Fair Work Commission has repeatedly made clear, the essence of a redundancy is the termination of the employment of an employee.

In the first place, the provisions in the Act concerning statutory redundancy appear in the Part of the Act which expressly deals with “Notice of termination and redundancy pay”. And secondly sec 119 of the Act provides that

(1) An employee is entitled to be paid redundancy pay by the employer if the employee’s employment is terminated:

(a) at the employer’s initiative because the employer no longer requires the job done by the employee to be done by anyone, except where this is due to the ordinary and customary turnover of labour; or

(b) because of the insolvency or bankruptcy of the employer.

Note: Sections 121, 122 and 123 describe situations in which the employee does not have this entitlement.

Commissioner Williams’ decision does not deal with whether the employee’s employment had been terminated during this process.

“Sometime later further changes in the positions in this department occurred and immediately prior to Mr Souren’s position being made redundant the department he managed consisted of four senior experienced employees including himself, one Senior Draftsperson, one Senior Designer and one Draftsperson. Consequently in February 2018 a further review of Mr Souren’s department was undertaken and given the high level of seniority and experience in the department the Applicant decided there was no longer a requirement for the role of a Drafting Manager and Mr Souren’s position was made redundant.

It was discussed with Mr Souren that he would be offered a change in his position and salary for a period of 12 months and that the end of that period the situation would be reviewed with the expectation that the Applicant might then be in a more positive business situation.

On 7 March 2018 Mr Souren accepted the alternative position as a Draftsperson on a salary of $65,000 per annum reporting to the Senior Draftsperson, whom had previously reported to Mr Souren.

The next day 8 March 2018 the Applicant made this application.”

Indeed it would be reasonable to assume from the foregoing that at no time during the process was the employee’s employment terminated!