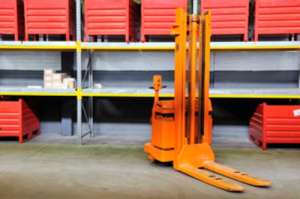 In the event that employees take protected industrial action in the form of a partial work ban in support of enterprise bargaining, the Fair Work Act entitles an affected employer to give notice to the workforce (most commonly the principal union involved in the bargaining) that the employer intends, because of the ban, that the employees’ will be reduced by a proportion specified in the notice; sub-sec 471(1), Fair Work Act 2009.

Pursuant to sec 472 of the Act, the Fair Work Commission is empowered to vary the proportion by which an employee’s payments are reduced.

Here is the Fair Work Commission’s description in its latest quarterly summary of interesting cases of a case which did just that.

“The Transport Workers Union (the TWU) applied to the Commission for orders relating to certain partial work bans. The TWU gave notice to the respondent that it intended to impose a partial work ban on the collection of fares by drivers. In response the respondent informed employees that the payment of wages for the period of industrial action would be reduced by 51 per cent. The TWU made an application under s.472 of the Fair Work Act seeking an order to vary the amount deducted, applying to reduce it from 51 per cent to 16 per cent. The TWU submitted that the deduction proposed by the respondent was not consistent with the work time lost due to the partial work ban, and was not consistent with Regulation 3.21 of the Fair Work Regulations 2009. The TWU further submitted that the respondent was reducing wages by 51 per cent to recoup lost revenue and that the Commission must take into account the financial position of the ultimate holding company of the business, along with drivers low wages, as relevant factors in the consideration of ‘fairness’ under the Fair Work Act. The respondent submitted that the 51 per cent reduction was based upon the total operating expenses of the business.