Redeployment and consultation concepts and redundancy 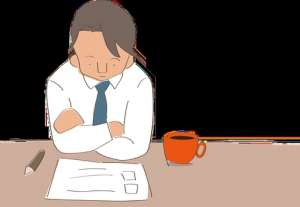 “In Honeysett 47 a Full Bench of Fair Work Australia (as the Commission was then known) held that it was open to the Commissioner who dealt with the matter at first instance to find that it would have been reasonable in all of the circumstances to redeploy persons who had been dismissed on the basis of evidence that:

[73] The Full Bench in Honeysett went on to state that:

“It may be appropriate to make some concluding remarks about the operation of s.389(2). It is an essential part of the concept of redeployment under s.389(2)(a) that a redundant employee be placed in another job in the employer’s enterprise as an alternative to termination of employment. Of course the job must be suitable, in the sense that the employee should have the skills and competence required to perform it to the required standard either immediately or with a reasonable period of retraining. Other considerations may be relevant such as the location of the job and the remuneration attaching to it. Where an employer decides that, rather than fill a vacancy by redeploying an employee into a suitable job in its own enterprise, it will advertise the vacancy and require the employee to compete with other applicants, it might subsequently be found that the resulting dismissal is not a case of genuine redundancy. This is because it would have been reasonable to redeploy the employee into the vacancy. In such a case the exception in s.385(d) would not apply and the dismissed employee would have the opportunity to have their application for a remedy heard. The outcome of that application would depend upon a number of other considerations.” 49

[74] In Pykett, the issue for determination was whether in deciding that redeployment was reasonable, the Commission was required to identify a specific position to which the employee should have been redeployed. The Full Bench in Pykett stated that Honeysett is authority for the proposition that for the purposes of s. 389(2)(b) it is sufficient that the Commission identifies a suitable job or position to which the employee could be redeployed and that the Commission must then determine whether redeployment would have been reasonable in all of the circumstances. The Full Bench in Pykett also stated that Honeysett is not authority for the proposition that it is always necessary to identify a particular job or position to which the dismissed employee could have been redeployed and went on to hold that:

“For the purposes of s. 389(2) the Commission must find, on the balance of probabilities, that there was a job or a position or other work within the employer’s enterprise (or that of an associated entity) to which it would have been reasonable in all of the circumstances to redeploy the dismissed employee. There must also be an appropriate evidentiary basis for such a finding.” 50

[76] In relation to the steps taken by an employer to identify a role for the purposes of considering whether redeployment would be reasonable, a Full Bench observed in MacLeod v Alcyone Resources Ltd T/A Alcyone 51 that:

“To avoid doubt, we note as a matter of principle that the availability of a more junior role into which the employee could have been redeployed could provide a basis for a finding that a redundancy was not genuine or a dismissal was harsh, unjust or unreasonable.” 52

[77] It is clear from the cases that in order to enliven s. 389(2) of the Act it is not sufficient for the Commission to simply find that an employer failed to consider redeployment of the dismissed employee within its enterprise or the enterprise of an associated entity. It is also necessary for the Commission to be satisfied that there was a job, role, position or work that could have been performed by the dismissed employee and having made that finding to then determine that it would have been reasonable in the circumstances for the dismissed employee to be redeployed. It is not necessary that a specific job role or position is identified for the purpose of determining whether the person could have been redeployed. It is sufficient if there is work that the person could have done. Consideration of the next question of whether redeployment was reasonable involves questions of suitability including the skills and competence of the employee, the training that would be required and factors associated with the job such as remuneration and location. It may also involve an assessment of whether the dismissed employee would have been willing to accept redeployment.

[78] It is possible in a particular case that the Commission may be satisfied that a person’s job is redundant on the basis that the employer no longer requires the job to be performed by anyone because of changes in its operational requirements, but at the same time may not be satisfied that dismissal is a case of genuine redundancy within the meaning in s. 389 of the Act on the basis that the employer has not complied with a relevant obligation to consult or because the Commission finds that it would have been reasonable for the employer to have redeployed the dismissed employee. The result in such a case is that the employer does not have a complete defence to an unfair dismissal application in relation to the dismissal resulting from the redundancy. The dismissal then falls to be considered under the criteria in s. 387 of the Act which are in the following terms:

(h) any other matters that the FWC considers relevant.”

[79] Considered against the criteria in s. 387(a) of the Act, a dismissal on the basis of operational requirements that meets the description in s. 389(1)(a) of the Act, may be found to be a dismissal for a valid reason. Failure to consult a dismissed employee may not render a dismissal unfair, if the dismissal is for a valid reason and it is found that consultation would not have negated the operational reasons for the dismissal or led to any other substantive change and the employee would have been dismissed in any event. 53 Even if failure to consult in such cases renders a dismissal unfair, the remedy may be limited to compensation for a reasonable period for consultation to have occurred.54 Similar considerations may arise in circumstances where s. 389(2) of the Act is enlivened, however, consideration of whether a dismissal is unfair on the basis of failure to redeploy may involve a fine balance, because of the way the provision is framed and the matters that are required to be assessed.”