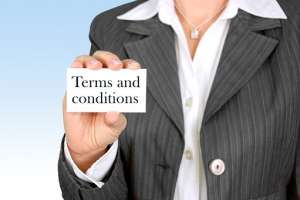 In a very surprising decision, a judge of the Federal Circuit Court has held that the Court does have jurisdiction when exercising its small claims jurisdiction to hear and determine a claim by an employee or former employee for payment of a denied contractual benefit in the absence of an award entitlement to the benefit. The case concerned a claim for non-payment of a commission payable under a provision of a contract of employment.

The decision is particularly a surprise because if it is correct, it means with the greatest respect that such a claim may be pursued in the Federal Circuit Court in its small claims jurisdiction, where claims must be capped at $20,000 but not in its General Federal Law jurisdiction.

Here is Her Honour’s reasoning.

The court’s jurisdiction in this matter is subject to the provisions of the FW Act and the Federal Circuit Court of Australia Act 1999 (Cth) (“the FCCA Act”).

The Federal Circuit Court of Australia has such jurisdiction as is vested in it by laws made by the Parliament:

(b)          by the application of section 15C of the Acts Interpretation Act 1901 to a provision that, whether expressly or by implication, authorises a civil proceeding to be instituted in the Federal Circuit Court of Australia in relation to a matter.

Section 566 of the FW Act relevantly provides that this court has jurisdiction in relation to any civil matter arising under that Act.

The respondent argues that the applicant’s claim, such as it is, arises from a contractual arrangement between the applicant and the respondent and therefore does not fall within any of the requirements of section 458(1A) and the court does not have the power to deal with it.

(b)          an industrial action related workplace determination; or

There is no evidence before this court that any such instrument applied to the applicant’s employment.  The applicant has not established that his employment and any commission entitlement arose under a ‘workplace determination’ as defined.

an entitlement under a contract between an employee and an employer that relates to any of the subject matters described in:

It is nevertheless arguable that it includes a commission structure which is intended to encourage sales representatives to maximise sales.  The Macquarie Dictionary defines the term ‘incentive’ in the following terms:

Similarly, the Oxford English Dictionary defines the term to mean, among other things:

I am satisfied that the commission structure which applied to the applicant’s employment could properly be described as an entitlement that relates to an incentive based payment and as such, a contractual term dealing with that matter falls within the term.

It was submitted on behalf of the respondent that as the commission structure does not arise under an award or other industrial instrument but rather solely arises from the contract between the parties, this is not a matter in respect of which this court has jurisdiction.  The respondent referred to the decision in Girardi v Allergan Australia Pty Ltd [2017] FCCA 163 (“Girardi”).

In Girardi, the court concluded that although section 139(1)(a)(ii) refers to incentive based payments and bonuses:

The SIP in question was an extra term of his employment conditions, which did not arise because of any term of the Award or by virtue of the FW Act. It was… part of a common law contract between the applicant and the respondent that operated in tandem with the Award.[9]

I am not bound by the decision in Girardi.  Moreover, I take a different view of the effect of the definition of ‘safety net contractual entitlement’ in section 12. A matter will fall within that definition if it is:

In this case, it is conceded that the applicant:

For the reasons set out above, I find that the said entitlement relates to an incentive based payment, for the purposes of section 139(1).

It is not necessary that an applicable award relevant to the applicant contains a provision for an incentive based payment. Indeed, if the award itself would need to contain such a provision, section 548(1A)(ii) would have no work to do. A breach of such a clause could be the subject of a small claims proceeding by virtue of section 548(1A)(i) as it would be a breach of a fair work instrument.

I therefore find that the court does have jurisdiction to deal with this claim.”