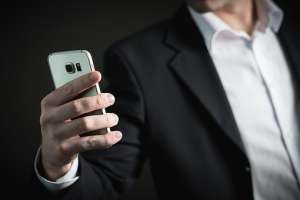 (a) unlawful for an employee to covertly record a physical conversation which he or she regards as relevant to a workplace investigation or disciplinary process;

or (b) wrong for an employee to do so,

or (c) that to do so constitutes a valid reason for the employee’s decision.

I have published many blogs to this effect and to the effect that such general propositions are simplistic and wrong.

The legality of covertly recording a physical conversation (ie one which takes place in person) is determined by State legislation and I concede that the legislation is not uniform throughout Australia. Furthermore I have pointed out that it is unlawful to record a telephone conversation, or to evesdrop in on such a conversation, and that is the case because federal telecommunications legislation renders it so.

I have pointed out that it is perfectly lawful in Western Australia for a person to covertly record a physical conversation to which the person is a party where the person is doing so to protect a lawful interest; see  sec 5(3) Surveillance Devices Act 1998. And it is difficult to see how the covert recording of a meeting between an employee and a manager which may lead to the dismissal of the employee can be said not to be capable of being for that purpose.

Thus it is welcome to come across a decision of a senior member of the Fair Work Commission, for whom I have the highest respect, who appears to agree with my views. Here is an extract from the decision.

At the hearing, it became evident that the Applicant had made a series of notes about various interactions, meetings he attended and discussions he had with co-workers. Some of these were made from audio recordings made by the Applicant without the knowledge or consent of other participants in the meeting or the discussion. 160

The Respondent contends that the recordings disclose a number of matters that are relevant including:

The Applicant relies upon the Surveillance Devices Act 1999 (Vic) to contend that the Applicant covertly recorded meetings and discussions to protect his own interests. 165 The Applicant also contends that the reason why a recording is made and its use is relevant, and therefore the Applicant recording a conversation with his employer to protect what he perceived to be his legitimate interest is reasonable, particularly in instances where allegations are made against the Applicant and he believed his job was in jeopardy.166

There is no dispute that the Applicant made the recordings and did so without the knowledge or consent of the other participants in the meetings and conversations which were recorded. The recording, at least in Victoria, of the relevant meetings and conversations is not unlawful. I also do not accept that the recording by itself will always provide, or that in this case that it provides, a valid reason as suggested by the Respondent for dismissal. True it is that conduct which is not known to the employer at the time of the dismissal may nonetheless provide a valid reason for dismissal, for example a discovery after a dismissal that the former employee engaged in theft or fraud during employment. But here the Respondent seeks to suggest that the valid reason is based upon the impact that the surreptitious recording has had on the relationship of trust between the Applicant and his employer.