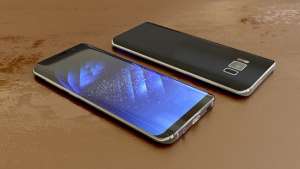 Most States have laws, often called a Surveillance Devices Act, which prohibit the use of covert surveillance devices such as the covert (ie undisclosed or secret) use of a listening device, such as a smart telephone, to record a private conversation. An exception to this is where a one of the participants to the conversation  ( a principal party to the private conversation) consents expressly or impliedly to that installation, use, or maintenance and the installation, use, or maintenance is reasonably necessary for the protection of the lawful interests of that principal party; (see for example sub-sec 5(3)(d) Surveillance Devices Act WA).

Many of my clients present to me having secretly recorded conversations when they suspect they are about to be dismissed. Is the recording admissible in evidence?

The following case, the ruling on this point with which I do not agree, suggests no.

“[93] …certainly a finding is available that Mr McAuley had an apprehension or belief that his management were doing things to him against his employment interests or in contravention of their obligations. Such apprehension or belief though is far from a finding that he was entitled to form a view on any objective basis that such things were against his lawful interests. The interactions his managers had with him and the directions they gave him are, objectively considered, balanced, fair and in accordance with what one might regard as proper management of a regulatory officer, such as Mr McAuley.”

He concluded, however, that:

“[95] Objectively speaking, there is nothing before the Commission which would allow a finding that the recordings made by Mr McAuley were properly for the purposes of protecting his lawful interests.”

……………………………. Alleged Breach 2 deals specifically with the conduct of covert recordings by the Appellant. At paragraphs [76] – [100] the Commissioner sets out in detail the basis on which the Appellant said he made the recordings, his reliance on both the Surveillance Devices Act and his role under the AW Act. The Commissioner considered the reasons given by the Appellant for making the recordings (protecting his interests and protecting himself from unlawful instructions) and the provisions of the Surveillance Devices Act and the NT Government policy on Recording Internal Government Meetings.

The Commissioner properly considered whether the recordings amounted to misconduct and recognised that this required a consideration of “several layers of obligations”. 27”