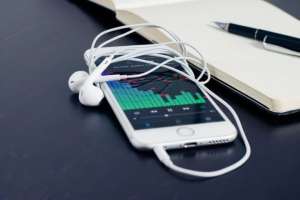 Although I reject the proposition that an employee who covertly records a workplace conversation is by that fact alone guilty of misconduct, which appears to be the gist of some Fair Work Commission cases, the issue of whether the recording itself is admissible as evidence in an unfair dismissal case is another issue, and I do accept that the decision is down to the discretion of the member of the Commission hearing the case. Here is an example.

‘Mr Zhang used his mobile telephone to secretly record the meeting between himself, Mr Carnelutti and Ms Wallace on 5 April 2019. Mr Zhang advised that he made the recording as his English was no good, for his own protection 74 and to allow a written account of the meeting to be made which is easier for him to understand.75 Mr Zhang used his mobile phone to make the recording turning it on before he entered the room and turning it off afterwards. Mr Zhang did not disclose he was recording the meeting.76 A transcript of the audio recorded was sought to be tendered by Mr Zhang which was objected to by RAA.

[32] Ms Wallace gave evidence that she thought Mr Zhang’s questions were influenced by the fact the meeting was recorded.

[33] The question remains as to whether I should exercise my discretion to accept the secret recording as evidence.

[34] Submissions in relation to the submission of the recording/transcript were made at various stages of the hearing.

[35] Mr Zhang submitted that I should receive the secret recording and the transcript as there was no breach of the Surveillance Devices Act 2016 (SA) and contended that the conversation was not a private conversation, because persons at the meeting were taking notes, and persons outside the room could hear the conversation. 77

[36] RAA contends the recording was made in breach of s.6 of the Surveillance Devices Act 2016 (SA), that the recording was unlawful, and that the exception of consent and to protect the lawful interests of the person (s.4(s)(a)(ii)) did not apply.

(a) to the use of a listening device to overhear, record, monitor or listen to a private conversation if the use of the device is in the public interest; or

(b) to the installation, use or maintenance of a listening device under subsection (2)(b)(iv) or (v) of that section if the use of the device is in the public interest.”

[38] I determined not to receive the recording for the following reasons.

[40] It appears to me that Mr Zhang’s actions do not fall within the exclusions under the Surveillance Devices Act 2016 (SA) although I make no finding that his conduct was inconsistent with that Act.

[41] The RAA contended that in exercising my discretion I should weigh up the considerations discussed by Deputy President Sams in Kelly Walker (No.2). 78 I agree with that submission. In determining whether to exercise my discretion to receive the recording I must weigh up those considerations and determine if the prejudicial value is outweighed by the probative value.

[42] The RAA contended that the decision Thomas v Nash 79 supported the rejection of the secret recording. This was a wills and probate case before Chief Justice Doyle. Mr Nash had made some secret recordings in case he forgot things. It was found that the recordings were made as it might prove to be advantageous. The admission of the recordings was contested. Chief Justice Doyle held that the term ‘private’ does not mean secret or confidential but simply ‘not public.’ The Chief Justice noted that ‘I do not consider that a person makes a recording to protect his lawful interests simply because he has a hope that in contemplated litigation the recording might be used to his advantage.’ The facts in Nash appear somewhat analogous to the matter before me. The evidence in this matter suggests that the recordings were made in the hope that they would assist Mr Zhang.”