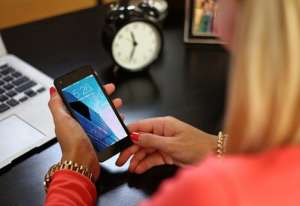 I have consistently and publicly criticized decisions of the Fair Work Commission which have routinely and superficially rejected the admissibility of evidence obtained covertly by a party to an unfair dismissal case by using a smart phone to record a conversation in which that party physically participates. Most of the Commission’s decisions on this point have in my opinion been wrong and have ignored the plain language of the State legislation; for example the Surveillance Devices Act 1998 WA which clearly and expressly permits a party to a private physical conversation to record a private conversation without the other party’s consent where to do so “is reasonably necessary for the protection of the lawful interests of that party”. What occasion can more qualify for inclusion in that category than a meeting where an employee’s job is under threat of termination?

Of course nothing permits the covert recording of telephone conversations due to the Commonwealth’s telecommunications laws.

I do not have  a problem with the Fair Work Commission exercising its discretion to refuse to admit such evidence on the basis of its potential probative value but all too often the decision to refuse to accept the evidence has been based upon an erroneous and stubbornly incorrect analysis of the effect of State legislation. I was therefore pleased to come across  a decision of the Fair Work Commission today in which the Commissioner hearing the case did permit the production into evidence of such material, in the exercise of the Commission’s discretion to permit such evidence to be produced into evidence.

While it is the case that it is an offence under various laws to covertly record private conversations in New South Wales, there are exceptions – including that the recording was made in the protection of lawful interests. As with the immunity point, it is not jurisdictionally apposite for me to purport to determine matters with respect to the offences and exceptions in relation to covertly-recorded conversations. As to the objection to the admission into evidence of the sound recordings, I have, however, otherwise decided that the content of those recordings is relevant to the issues arising for determination, including contested matters of fact in the evidence before me. Separately, as to evidence that may have been improperly or illegally obtained, and the operation of the Evidence Act 1995 (Cth) as to such matters, the Commission is not bound by the rules of evidence.

The evidence of the sound recordings has led to the situation where I do not have to determine whose version of the strongly-contested evidence is to be preferred as to the conversations and other matters. The sound files speak for themselves, as it were (transcripts of the recordings were also tendered, but the transcription simply just does not convey the sense of what is actually heard unfolding in the first sound recording as to the disgraceful things said to the applicant, and the manner in which they were said to her). Moreover, the sound recordings have proved relevant in giving context and resonance to other aspects of contested evidence, such as in the discussion concerning amounts then being paid to the applicant by the respondent as well as various other matters. All told, I preferred and accepted the applicant’s evidence where there was a contest, albeit I acknowledge there were some discrepancies as to the payments of amounts of $750 as against $800 and the like (albeit there were far greater discrepancies and/or implausible aspects in the evidence for the respondent about matters such as the payments made). I have also considered the fact that the applicant initially told DFAT at the first meeting that she was being paid a certain amount, as addressed later in this decision. I accept her evidence as to why she stated this to DFAT.”