Recording meetings in the workplace 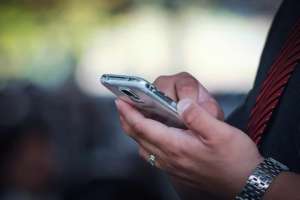 In this day and age when almost everyone is accompanied by a recording device in the form of a smart phone, why should an employee have an unfettered obligation to advise an employer that he or she intends to record a conversation which is about to take place which may well have a profound effect on the person’s legal rights? While I have no problem acknowledging that there may well be occasions when it is inappropriate in the workplace for a meeting to be recorded without the knowledge or consent of the other person or persons participating in the meeting or conversation, it is in my view just plain wrong to have a rule which is so simplistic as to render doing so in all circumstances conduct which justifies dismissal.

Furthermore, what about the law?

In Western Australia for example, the Surveillance Devices Act expressly provides that the legislative prohibition upon the use of a listening device (which includes a smart phone) does not apply where inter alia a principal party to a private conversation (ie an employee participating in a conversation with his or her employer) consents expressly or impliedly to that installation, use, or maintenance and the installation, use, or maintenance is reasonably necessary for the protection of the lawful interests of that principal party. In other words, it is entirely lawful in Western Australia for an employee to covertly record a private conversation with his or her employer when to do so is reasonably necessary for the protection of the employee’s legal rights which as a matter of logic includes workplace rights.

Nevertheless, the Fair Work Commission continues to hold in its decisions that its primary position is that an employee who does so commits “extreme impropriety”. Here is a very recent example.

“In order to be a valid reason, the reason for the dismissal should be “sound, defensible or well founded” 89 and should not to be “capricious, fanciful, spiteful or prejudiced”.90 However, the Commission will not stand in the shoes of the employer and determine what the Commission would do if it was in the position of the employer.91

Where a dismissal relates to an employee’s conduct, the Commission must be satisfied that the conduct occurred and justified termination. 92 The question of whether the alleged conduct took place and what it involved is to be determined by the Commission on the basis of the evidence in the proceedings before it. The test is not whether the employer believed, on reasonable grounds after sufficient enquiry, that the employee was guilty of the conduct which resulted in termination.93

Whilst Mr Zhang was subject to some performance management prior to the removing the parts incident, it was not relied upon to form a basis for the valid reason. 94

RAA rely upon the conduct of Mr Zhang at the meeting of 5 April 2019 (and shortly after), and the secret recording of that meeting.

Whilst it was only after the dismissal of Mr Zhang that the RAA became aware of the secret recording of the meeting, it is open to RAA to rely on Mr Zhang’s misconduct as a valid reason for the dismissal. As stated by the High Court, “if there were, in fact, any circumstances in existence at the time of the termination of the agreement which could have justified the respondent in so terminating it, then it may justify the termination by subsequent proof of those circumstances…” 95

In Thomas v Newland Food Company Pty Ltd 96 Deputy President Sams referred to a decision of Senior Deputy President Drake in Lever v Australian Nuclear Science and Technology Organisation97 which referred to a judgement of Justice Bryson in See v Hardman which states he saw ‘no room to doubt that it is an impropriety to make a secret recording of a conversation bearing on some business interest or other important interest…’ and that ‘In ordinary business and social behaviour there is, in my understanding, a very strong expectation that there will not be a secret recording of a conversation but that in any process of recording will be revealed, so as to give those recorded an opportunity to decide whether or not they will participate’. Justice Bryson determined that such conduct was an ‘extreme impropriety.’ The decision of Justice Bryson is just as apt in 2019 as it was in 2002.