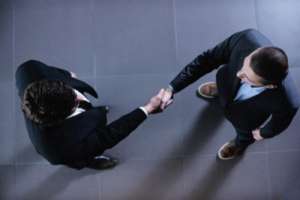 Unfortunately, all too often parties in unfair dismissal cases (normally applicant employees) change their mind after they reach an agreement to settle their cases in a conciliation conference.

This has very messy implications. Here is an extract from a case which explains the law which then applies to the issue.

“The central issue in this appeal requires consideration of whether the Deputy President correctly applied legal principles relevant to the question of whether a binding settlement agreement had been reached between Mr Singh and Sydney Trains.

“It is well established that the question of whether the parties intended to bind themselves to a contract is to be determined objectively, having regard to the intention disclosed by the language the parties have employed: Masters v Cameron [1954] HCA 72; 91 CLR 353 at 362. In cases such as the present, which do not depend on the construction of a single document, what is involved is the objective determination of the question from the communications between the parties in their context and the parties’ dealings over the time leading up to the making of the alleged contract. This involves consideration of the subject matter of the communications: Australian Broadcasting Corporation v XIVth Commonwealth Games Ltd (1988) 18 NSWLR 540 at 550. As was said by Mahoney JA and McHugh JA in Air Great Lakes Pty Ltd v KS Easter (Holdings) Pty Ltd (1985) 2 NSWLR 309, that includes consideration of what the parties said or wrote (at 334, 337).”

The present case does not involve complexities which often arise where contractual intention is inferred from behaviour, or is imputed. 29 Whether there was a legally binding settlement reached between Mr Singh and Sydney Trains involves interpretation of the express written communications between the parties’ solicitors.

An offer and acceptance must precisely correspond. The following principles are relevant to this requirement:

Ultimately the question is whether a “reasonable recipient of the acceptance would have regarded it as corresponding to the offer or whether they would have taken the acceptance to be qualifying the original offer such that it would amount to a counter-offer or, at any rate, not an unconditional acceptance of what was originally offered.” 36 Put another way, the language used by the offeree in their acceptance of the offer must be such as would convey to a reasonable person in the position of the offeror a clear and definite decision by the offeree to be bound by the terms of the offer, leaving nothing further to be negotiated.37

A purported acceptance which does not correspond to the offer does not necessarily reject the first offer; it is, nevertheless, a counter-offer capable of acceptance. 38 A counter-offer accepted by the original offeror creates a binding agreement.39

Conduct of the parties after the making of the supposed agreement is relevant. Such conduct may be considered in order to determine whether the prior dealings between the parties gave rise to a binding contract. 40

The phrase “‘in principle’ agreement” or similar is often used when negotiating the settlement of litigation and generally indicates that there is no intention yet to enter into a binding contract. 41 However, such words must be construed in the context in which they appear and the commercial setting in which the parties were operating.42 In each case, “much will depend upon the individual circumstances of each case as to whether those words demonstrate that the parties had or had not reached a consensus on the essential terms of their bargain and whether they intended to be immediately bound by them”.43

If parties who have been in negotiations reach agreement on terms of a contractual nature and also agree that those terms will be dealt with by subsequent formal documentation, there are several categories into which such negotiations fall. 44 First, the parties reach finality, intend to be immediately bound, and propose restatement of the terms of settlement in a fuller or more precise form but not different in effect. Secondly, the parties have completely agreed all terms but performance of one or more terms is conditional on execution of a formal document. Thirdly, the parties did not intend to make a concluded bargain at all, unless and until they execute a formal contract. Fourthly, the parties intended to be bound immediately and exclusively by agreed terms while expecting to make a further contract in substitution containing, by concept, additional terms.45

The Deputy President concluded that Mr Singh and Sydney Trains reached agreement in the email exchanges between their solicitors on 13 and 16 February 2017. 47

The first qualification stated that Mr Singh’s re-employment was subject to him “passing any category 3 medical assessment which is applicable to the role in which he is re-employed”. Given that Mr Singh had included, as part of his settlement offer, that he be re-employed by Sydney Trains in the position of Team Leader, we consider this first qualification to be the expression of that which would be implied by law in the absence of express agreement. That is, if Sydney Trains had simply accepted Mr Singh’s offer of 13 February 2017, we are persuaded that an implied term of the agreement reached between the parties would have been a requirement that Mr Singh pass the applicable medical assessment for the position in which he was to be re-employed. Accordingly, the first qualification did not render the acceptance ineffective.

The second qualification sought to amend paragraph two of the offer as follows: “Upon re-employment, the Applicant performs administrative tasks only, and does not perform any work on the tracks or [in] any safety critical environments.” By seeking to limit where Mr Singh could work on his re-employment, we consider that Sydney Trains proposed a term which deviated from the offer made by Mr Singh and was not solely for his benefit. We are also persuaded that such a term was neither implied nor a machinery provision; it would, if accepted, have had a material impact on where Mr Singh could have worked on his re-employment, including precluding him from working at the Sutherland satellite depot where he had worked for many years.

[59] The third qualification proposed that the parties enter into a deed of release, drafted by Sydney Trains’ solicitors, including the “usual provisions with respect to confidentiality”. That Sydney Trains proposed the settlement agreement be recorded in subsequent formal documentation does not, of itself, establish that the parties did not intend to enter into a binding agreement on 16 February 2017. 48 However, Sydney Trains’ proposal that the settlement be confidential deviated from Mr Singh’s offer, which was silent on the question of confidentiality. It was therefore not an unequivocal acceptance of the terms offered and the new term (confidentiality) proposed was not solely for the benefit of Mr Singh. An obligation requiring each party to keep the terms of settlement confidential would be primarily for the benefit of Sydney Trains, particularly in a context where Mr Singh had been employed by Sydney Trains for 34 years, believed he had been unfairly dismissed, was seeking re-instatement, and was only prepared to settle the proceedings if Sydney Trains agreed to re-employ him.

We reject Sydney Trains’ submission that the proposed confidentiality term was either implied or merely included the “machinery of working out what was meant by the offer”. Absent Mr Singh’s agreement to keep any settlement confidential, he would not have been under any obligation not to disclose the terms of the settlement to any third party, including his work colleagues at Sydney Trains. There is every reason to believe that Mr Singh may have wanted to make such a disclosure to his work colleagues upon his return to work following his long period of employment, his dismissal and a period of absence from the workplace. In those circumstances, it could not be said that confidentiality of the settlement agreement went without saying, regardless of the fact that as events transpired Mr Singh did later express a willingness to agree that the settlement be kept confidential. Mr Singh’s position in relation to confidentiality was not known by Sydney Trains at the time it purported to accept Mr Singh’s offer on 16 February 2017.

Because the second and third qualifications proposed new terms which were not solely for the benefit of Mr Singh and the proposed terms were neither implied nor merely included the “machinery of working out what was meant by the offer”, Sydney Trains purported acceptance of the offer on 16 February 2017 was not effective. We are therefore satisfied that the Deputy President erred in concluding that Mr Singh and Sydney Trains reached agreement in the email exchanges between their solicitors on 13 and 16 February 2017. Our conclusion in this regard says nothing about the reasonableness or otherwise of any of the qualifications referred to in the communication from Sydney Trains’ solicitors dated 16 February 2017.