Pull the other one Bill; weekend penalty rates 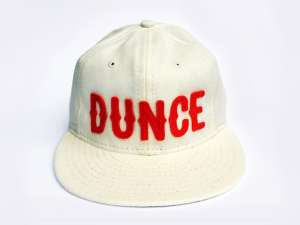 Whilst I have profound empathy for people who work weekends and whose remuneration stands to be reduced from July following the Fair Work Commission’s decision about weekend penalty rates in retail and hospitality, it is difficult to take seriously the outrage being expressed by the Labor party, especially Bill Shorten (who rather unwisely predicted many times that it could not happen), to the effect that its baby, the Fair Work Commission, set up by Kevin Rudd and Julia Gillard, was never meant to have the power to adjust wages downwards. Only upwards!

The proposition that incomes can ever only go up is absurd. For example, an employer is perfectly entitled to conduct enterprise bargaining with its workforce with the objective of obtaining inferior conditions of employment to those laid down in a current nominally expired EA.

“The second observation is that, subject to satisfaction of the BOOT requirement in s.186(2)(d) (or the alternative exceptional circumstances test in s.189), the statutory scheme does not prohibit an employer from bargaining for wages and other conditions of employment which are inferior to those contained in an earlier enterprise agreement and/or those prevailing in an industry as a result of previous round of industry or pattern bargaining. Provided that employees receive the full benefits of the NES and are better off overall compared to any modern award which covers them, the scheme is not concerned with the level of remuneration and other benefits which employees receive in any enterprise agreement that is made. That is a matter for the employees to assess when they vote upon an agreement which their employer has requested them to approve. See e.g. CEPU and AMWU v Sustaining Works Pty Limited (2015) FWCFB 4422