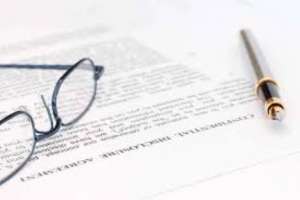 I came across the following extract from a recent decision of the Fair Work Commission, in an unfair dismissal case about sham contracting and “phoenix activity”.

“There is no law requiring the corporate veil to be set aside in this case 17 and there has been no contention that Forward Half has operated as an agent of its controllers.18 Mrs McCulloch does however contend that the arrangements are a mere facade or sham.

In this regard, care must be taken to distinguish between what might in industrial parlance be described as a “sham” arrangement and what might on the basis of the relevant authorities be held to be a sham justifying piercing the corporate veil. For this to be done, it would need to be shown that there is a mere sham or facade in which the company is playing a role or that the creation or use of the company was solely or predominately designed to enable a fiduciary obligation to be evaded or a fraud to be perpetrated.19

“‘Sham’ is an expression which has a well-understood legal meaning. It refers to steps which take the form of a legally effective transaction but which the parties intend should not have the apparent, or any, legal consequences (Sharrment Pty Ltd v Official Trustee in Bankruptcy (1988) 18 FCR 449).”21

In Department of Justice v Lunn22 a Full Bench of the AIRC, after referring to relevant passages in the decisions in Sharrment23 and Equuscorp24, said:

“The judgments in Sharrment demonstrate that it is often a difficult matter to establish that a document that gives the appearance of creating binding legal relations is a sham.”25

There is limited information before the Commission regarding these matters. Based upon what is properly in evidence, the establishment and use of Forward Half as part of the corporate arrangements was not a sham in the sense contemplated by the authorities. The use of different structures to hold assets may raise various issues as to their purpose, but based upon the evidence, there is not a sufficient basis to find that the corporate arrangements and the employment contract with ACN were a sham.

As outlined earlier, the applicant has contended that the arrangements amounted to, or were designed to facilitate a phoenixing arrangement. Although there is no established meaning of such arrangements, I understand that the term is often used in the following sense:

“Phoenix activity is the deliberate and systematic liquidation of a corporate trading entity which occurs with the fraudulent or illegal intention to:

Avoid tax and other liabilities, such as employee entitlements; and

Continue the operation and profit taking of the business through another trading entity.”26

The respondents deny any phoenix activity or sham arrangements. I do accept that the business of Blackwood Fitness has previously been conducted by a different corporation involving the same or similar Directors 27 and that a number of corporate entities appear to be involved in that business.

I am in no position to determine whether some form of phoenix activity has occurred, or is now being contemplated, in breach of relevant corporations laws or whether the directors of the companies have committed any offences under relevant legislation.

The relevant question for the Commission is whether the circumstances of this case are such that the corporate veil should be lifted, and more importantly, the different corporate entities set aside to find, in effect, that Forward Half was the employer of the applicant.

Given the material before the Commission, the approach being urged by the applicant would represent a significant extension to the attitude adopted by Courts and Industrial Tribunals to such matters. That is, I am being requested to, in effect, completely ignore the two different legal entities and treat Forward Half as the employer, at least for present purposes, despite the evident contractual connection between ACN and the applicant, and the absence of a proper connection with Forward Half.

The objects,28 broad statutory powers and charter29 given to the Commission by the FW Act provides sufficient scope for me to overlook administrative and procedural technicalities; to deal with matters according to equity, good conscience and the merits; to, subject to affording natural justice, inform myself as I see fit; and to provide a fair go all around. However, this does not permit the Commission to ignore the statutory and other legal parameters applying to this jurisdiction.

I have earlier found that based upon the limited material before the Commission, I could not conclude that the role of Forward Half was a facade or a sham within the meaning of the authorities. I do not consider that any other basis that might exist to lift the corporate veil so as to produce the result contended here has been demonstrated in this matter. I do not discount the possibility that a more complete exposure of the circumstances here could lead to a different outcome. However, I must determine the issue based upon the material that is properly before this Commission.

I do accept, at least based upon Mrs McCulloch’s understanding of the financial arrangements, that there is a greater risk that any compensation order made against ACN would not be paid – as at least some of the resources appear to be held by Forward Half. However, if ACN has no resources, it would in effect be trading insolvent and this would be a breach of the Corporations Act 2001 (Cth) with serious implications for Mr Pavlis and the Directors. I am not implying or making any finding about this prospect, and there is insufficient evidence to do so.

In the circumstances of this case, I do not consider that there is a basis to find that Forward Half was the employer of the applicant at any stage. Notwithstanding concerns about the potential effect of the arrangements upon the applicant, this is a bridge too far in the present circumstances. Accordingly, Forward Half is not properly a respondent, at least in the sense of being the employer of the applicant at any relevant time. Rather, I will determine this matter on the basis that, as originally nominated by Mrs McCulloch, ACN was the applicant’s employer.”