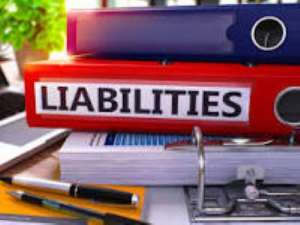 When will a director or manager be personally liable for fair work breaches?

The Fair Work Act renders directors and managers of companies which breach the Act, the NES and modern awards and enterprise agreements, plus of course the general protections, potentially personally liable for those breaches. Here is an extract from a recent Federal Court judgement which sets out the circumstances in which that can occur.

“Section 340 of the FW Act is a civil remedy provision.

The relevant principle to be derived from Giorgianni, Yorke v Lucas (1985) 158 CLR 661, Handlen v The Queen (2011) 245 CLR 282 at [6] and Rafferty v Madgwicks (2012) 203 FCR 1 is that the putative accessory must intentionally participate in the contravention and to form the requisite intent he must have knowledge of the essential matters which go to make up the contravention, whether or not he knows that those matters amount to a contravention. The necessary intent is absent if the person alleged to be the accessory does not know or believe that what he is assisting or encouraging is something which goes to make up the facts which constitute the contravention.

176         Although the general principles relating to accessorial liability are settled, their application in a case such as the present is not without difficulty. In order to aid, abet, counsel or procure the relevant contravention, the person must intentionally participate in the contravention with the requisite intention: Yorke v Lucas (1984) 158 CLR 661 at 667. In order to have the requisite intention, the person must have knowledge of “the essential matters” which go to make up the events, whether or not the person knows that those matters amount to a crime: Yorke v Lucas at 667. Although it is necessary for the person to be an intentional participant and to have knowledge of the matters or things constituting the contravention, it is not necessary for the person to know those matters or things do constitute a contravention: Rural Press Ltd v Australian Competition and Consumer Commission [2002] FCAFC 213; (2002) 118 FCR 236 at [159]-[160]. That is to say, it is not necessary that the accessory should appreciate that the conduct in question is unlawful. The Full Court in Rafferty v Madgwicks [2012] FCAFC 37; (2012) 287 ALR 437 summarised the position in this respect at [254]:

[W]hile the identification of the elements of a contravention requires careful legal analysis, “[i]n order to know the essential facts, and thus satisfy s 75B(1) … and like provisions, it is not necessary to know those facts are capable of characterisation in the language of the statute” … This is another aspect of the longstanding principle that it is not necessary for a person to “recognise” the contravention as such, or explicitly to think about the relevant legislation that their actions may contravene …

… [Offences of aiding and abetting and counselling and procuring] require intentional participation in a crime by lending assistance or encouragement. They do not, of course, require knowledge of the law and it is necessary to distinguish between knowledge of or belief in the existence of facts which constitute a criminal offence and knowledge or belief that those facts are made a criminal offence under the law. The necessary intent is absent if the person alleged to be a secondary participant does not know or believe that what he is assisting or encouraging is something which goes to make up the facts which constitute the commission of the relevant criminal offence. He need not recognize the criminal offence as such, but his participation must be intentionally aimed at the commission of the acts which constitute it. It is not sufficient if his knowledge or belief extends only to the possibility or even probability that the acts which he is assisting or encouraging are such, whether he realizes it or not, as to constitute the factual ingredients of a crime. If that were sufficient, a person might be guilty of aiding, abetting, counselling or procuring the commission of an offence which formed no part of his design. Intent is required and it is an intent which must be based upon knowledge or belief of the necessary facts. …

Involvement in a contravention under s.728 can only be made out if it is proved that a person has engaged in conduct specified in s.728(2). Thus, to make out involvement it is necessary to allege that a person has engaged in such conduct. In the present proceedings, the further amended statement of claim made no reference to conduct specified in s.728(2). It is also necessary to particularise which acts or set of acts constituted conduct amounting to involvement but the further amended statement of claim did not do this. Further, to form the requisite intent the respondent must have had knowledge of the essential matters which have gone to make up the contravention in question: Yorke v Lucas (1985) 158 CLR 661. Consequently, an allegation of accessorial liability requires a pleading that the accessory had actual knowledge of each and every element of the principal’s contravening conduct and an election to engage in the relevant conduct; the pleading must assert as material facts that the accessory was sufficiently aware of all the relevant facts going to the contravention: Automotive, Food, Metals, Engineering, Printing & Kindred Industries Union (AMWU) v John Holland Pty Ltd (2009) 180 IR 350 at 359-360 [44], [45]. The further amended statement of claim did not make such allegations.

However, as will be discussed below, in some respects this case proceeded beyond what was pleaded. Consequently, the fact that the Ombudsman’s further amended statement of claim was not pleaded or particularised as it should have been need not necessarily deprive the Court of jurisdiction or necessarily lead to a denial of procedural fairness. There is an important difference between these proceedings and Kirk v Industrial Court of New South Wales. In this case it cannot be said that all relevant alleged acts or omissions have not been identified at any point in the proceedings …”