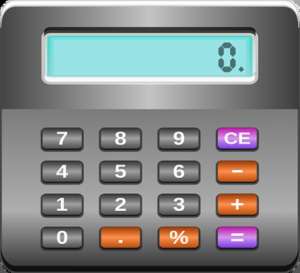 Employers often strike agreements with employees to the effect that an employee will be paid an hourly rate. It is common in that situation for the employer to intend that the rate will an a composite rate to include all award entitlements, such as penalty rates. The employee may believe that it is a base rate, or not turn his or her attention to exactly what it represents until there is a falling out. In the event of a dispute, the following summary from a Federal Circuit Court decision in such a dispute explains the law. It strongly favours the employee.

“Interaction between Payments and Award

In this case the parties entered into contracts of employment that provided for hourly rates. Often those rates were above the Award minimum per hour. The applicant has an entitlement to be paid in accordance with the contract (a contractual right). Separate from the contractual rights and obligations there are statutory obligations arising under the Act including a statutory obligation to comply with the terms of any applicable modern Award: see section 45 of the Act. Enforcement of the terms of an Award is a statutory remedy under sections 539 and 545 of the Act, which is independent of the terms of the contract of employment.

The interactions between often-simplistic contracts entered into between employers and employees, and the complexity of the minimum payment requirements imposed by the many and varied modern Awards present many difficulties. Disputes commonly arise with respect to relatively simple contracts (such as those in this case) when the employer has in mind a simple flat rate and the employee assumes that the rate set is only the base rate and that the other entitlements under an Award will also be payable (such as time and a half for over-time): for example, see Kent v Tal & Ors [2018] FCCA 3218 where the contract made no mention of overtime or weekend work and Fair Work Ombudsman v Lindsay F. Nelson Manufacturing Pty Limited & Anor [2019] FCCA 2151 where there was no discussion of annual leave. Here, it is fair to say that the applicant probably did not consider the terms of the Award at all at the time of contracting, whereas the respondent appears to have had in mind that the flat rate would be a payment applicable to all Award entitlements.

As the purpose of the statutory scheme regulating wages is to impose a minimum rate of payments, the courts have been reticent to assume that simple agreements setting an hourly rate (even if at a rate higher than the relevant Award minimum) also meet the employer’s obligation to pay additional allowances in modern Awards: see, for example, Ray v Radano [1967] AR (NSW) 471; Lynch v Buckley Sawmills Pty Ltd [1984] FCA 306; 3 FCR 503 (194) 9 IR 469; Poletti v Ecob (No.2) [1989] FCA 779; (1989) 31 IR 321; Logan v Otis Elevator Co Pty Ltd [1999] IRCA 4; (1999) 94 IR 218; Textile, Clothing and Footwear Union of Australia v Givoni Pty Ltd [2002] FCA 1406. It is, of course, possible for a term to be placed in the employment contract which would ensure that both parties understood the terms of the engagement and whether the rate was intended to cover all Award entitlements (a so called ‘all in’ rate). However, such a clause needs to be drafted with particular care (see, for example, Linkhill Pty Ltd v Director, Office of the Fair Work Building Industry Inspectorate [2015] FCAFC 99), although it is not impossible: see, for example, Fair Work Ombudsman v Transpetrol TM AS [2019] FCA 400.

In this case the terms of the employment contracts do not set out that the hourly rate is intended to also discharge other entitlements under the award. As a result the law prevents the above Award payments for ordinary hours being relied upon for the purpose of showing that the other Award entitlements have, in substance, been paid.

The respondent also made payments to employees, including the applicant, by way of a bonus based upon a profit sharing plan. In Pacific Publications Pty Ltd v Cantlon [1983] AR (NSW) 423; (1983) 4 IR 415 a journalist was paid a ‘special gratuity’ of $4,000 when retrenched. It later transpired that the retrenchment pay was wrongly calculated, however the court did not permit the employer to rely upon the gratuity to show that sufficient had been paid to meet the retrenchment obligation. The same conclusions were reached in Wall v Kingbuilt Homes Pty Ltd & Anor [2019] FCCA 2355 with respect to a payment made as a ‘goodwill gesture’. These cases appear to proceed on the basis that the categorisation by the employer of the payment prevents it from being relied upon as a discharge of an Award entitlement, although this explanation does not sit easily with James Turner Roofing Pty Ltd v Peters [2003] WASCA 28. In the present proceedings, however, it appears that the profit share payment is best described as an incentive to employees, not dissimilar to the way in which a Christmas bonus is given in modern times. As such, the bonus payment is clearly not intended to be part of the payments to employees to meet their Award entitlements. As a result I must find that the respondent cannot rely upon this payment as a partial discharge of the Award obligations.’