Over-award payments and the doctrine of set off 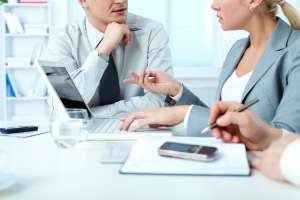 One of the frequent issues which arises in an employment disputes is whether an employer is entitled to set off award entitlements earned by an employee against over-award payments. Here is the answer.

“In James Turner Roofing Proprietary Limited v Peters (2003) WASCA 28, the West Australian Industrial Appeal Court examined the relevant case law in situations such as the present facts, where the Respondents contend that the amount paid to the employee exceeds the amount to which the employee is entitled to under the Award, and held:

“(21) If the whole or any part of the payment is appropriated by the employer to a particular incident of employment, the employer cannot later claim to have that payment applied in satisfaction of his obligation arising under some other incident of the employment, so a payment made specifically for ordinary time worked cannot be applied in satisfaction of an obligation to make a payment in respect to some other incident of employment, such as overtime, holiday pay, clothing or the like, even if the payment made for ordinary time was more than the amount due under the award in respect of that ordinary time.”

The Respondents arguments that any provision of intrinsic worth such as the use of the motor vehicle by the Applicant and any excess payments that might have been paid to the Applicant are capable of being set off against the amounts owed to him are rejected.  Any set-off agreement is limited in scope by the terms of the Award.  None of the matters set out in cl.7 are met on the evidence before the Court.”