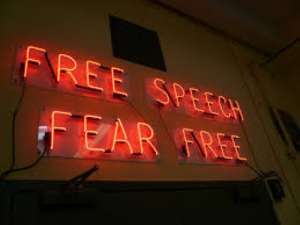 “We note the matter before us involves how an employer investigates allegations that an employee allegedly made offensive commentary on multiple occasions on Facebook and continued to do so even after allegations of misconduct have been made against him. As such, we are of the view that the public interest is enlivened and these proceedings should be made publicly available. We note that, once a matter comes before the Commission, it is implicit that the parties are subjected to the principles of open justice. In particular, sections 593 and 594 of the Act confer discretion upon us to make hearings or evidence confidential. In exercising our discretion pursuant to the Act, we are not satisfied that publicising these proceedings would frustrate the administration of justice by unfairly damaging some material private or public interest. The fact that the Appellant may be embarrassed does not, of itself, justify the suppression of this matter by way of an ongoing confidentiality Order. Rather, as the parties subjected themselves to the principles of open justice by bringing their dispute before the Commission, the parties must accept the necessity to conduct proceedings openly and with transparency in order to uphold confidence in the Commission. Therefore, we are not satisfied there should be a departure from principles of open justice.”