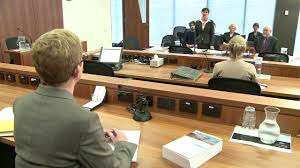 Australian courts operate upon the principle that only in the event of extraordinary circumstances will a court be closed and publication of a case suppressed or restricted. So too the Fair Work Commission.

The presumption in s.593(2) of the Fair Work Act that hearings must be held in public accords with the principle of open justice  Seven Network (Operations) Limited & Ors v James Warburton (No 1)  [2011] NSWSC 385 where the following was stated.

“As is evident from section 593(2), there is a presumption that hearings must be held in public, except in the circumstances contemplated by section 593(3) of the Act. This was corroborated by Commissioner Bissett in Justin Corfield, 11 whereby she held that:

“The presumption in s.593 is that a hearing will be conducted in public. This accords with the ‘open justice’ principle.” 12

“[2] The reason for the principle of open justice is that, if the proceedings of courts of justice are fully exposed to public and professional scrutiny and criticism, and interested observers are able to follow and comprehend the evidence, the submissions and the reasons for judgment, then the public administration of justice will be enhanced and confidence in the integrity and independence of the courts will be maintained: Russell v Russell ; Farrelly v Farelly (1976) 134 CLR 495 at 520 (Gibbs J). Not only does the conduct of proceedings publicly and in open view assist in removing doubts and misapprehensions about the operation of the system, but it also limits the opportunity for abuse and injustice by those involved in the process, by making them publicly accountable. Equally, public scrutiny operates as a disincentive to false allegations and as a powerful incentive to honest evidence: J v L& A Services Pty Ltd (No 2) [1995] 2 Qd R 10 at 45 (Fitzgerald P and Lee J). For all those reasons, the principle of open justice is not only an indispensable feature of our system, but it is also a healthy feature.

[3] There are limited exceptions to the principle of open justice. Where those exceptions apply, the courts will restrict access where appropriate. But departure from the principle of open justice is only justified where observance of the principle would in fact frustrate the administration of justice by unfairly damaging some material private or public interest. To that end, an order restricting the public availability of information will only be made if it is really necessary to secure the proper administration of justice. Such an order must be clear in its terms and do no more than is necessary to achieve the due administration of justice. Furthermore, there must be some material before the Court upon which it can reasonably reach the conclusion that it is actually necessary to make an order of that type: John Fairfax & Sons Ltd v Police Tribunal of New South Wales (1986) 5 NSWLR 465 at 476-7 (McHugh JA); Caroona Coal Action Group Inc v Coal Mines Australia Pty Ltd (No 4) [2010] NSWLEC 91 (Preston CJ); Idoport Pty Ltd v National Australia Bank [2001] NSWSC 1024 (Einstein J).

[4] The consequence of the principle of open justice is that embarrassing, damaging and inconvenient facts may occasionally come to light. That consideration has never been regarded as a reason in itself for the suppression of evidence or for an order restricting access to documents: John Fairfax Group Pty Ltd (Receivers& Managers Appointed) v Local Court of New South Wales & Ors (1991) 26 NSWLR 131 at 142 (Kirby P). Equally, it is common for sensitive issues to be litigated and for information that is extremely personal or confidential to be disclosed. This is sometimes an unavoidable by-product, and a necessary consequence, of the application of the principle.

[5] To avoid the consequences that sometimes follow from the conduct of proceedings publicly and in open view, parties can, and frequently do, choose to litigate their disputes by private commercial arbitration. But if they choose to litigate in court, they must accept the necessity for the Court to conduct its proceedings openly and with transparency.”

The principles of open justice elicited above are applicable to the proceedings before the Commission. Importantly, we note that the departure from the principles of open justice is only justified where observance of the principle would frustrate the administration of justice by unfairly damaging some material private or public interest. Thus, it is incumbent upon us to make such an observation in order to issue an ongoing confidentiality order for the purposes of the matter before us.

Moreover, the Commission is not strictly bound by the doctrine of stare decisis. However, it generally observes the doctrine as outlined in Cetin v Ripon Pty Lt t/as Parkview Hotel: 14

“Although the Commission is not, as a non-judicial body, bound by principles of stare decisis, as a matter of policy and sound administration it has generally followed previous Full Bench decisions relating to the issue to be determined, in the absence of cogent reasons for not doing so.””

The Full Bench in this case re-affirmed that departure from the principle is only justified where observance frustrates the administration of justice by unfairly damaging some material private or public interest. The Full Bench held that the potential for embarrassment was no justification for suppressing the matter by way of an ongoing confidentiality order. By bringing their dispute to the Commission, the parties accepted the necessity to conduct proceedings openly and transparently, to uphold confidence in the Commission. The Full Bench was not satisfied that there should be a departure from the principles of open justice. Permission to appeal was granted, the appeal dismissed and the stay order revoked.