Notice of termination of employment when contract silent 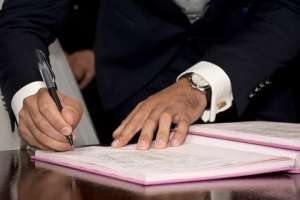 The is legal controversy about whether the common law permits the implication as a term of an employment contract of reasonable notice of termination. The current view on balance is that the answer is no given that the Fair Work Act contains the National Employment Standards  which provide statutory periods of notice of termination depending upon length of service.  In my view the current situation is quite unsatisfactory. For example in Richards v Nicoletti [2016] WAIRC 00941, a Full Bench of the Western Australian Industrial Relations Commission determined that there is no scope to imply a term of reasonable notice of termination in employment contracts.

The applicant, Mr Richards, was a stockman whose employment was terminated without notice for alleged incompetence. Mr Richards brought a number of claims against his former employer, including in the WAIRC’s denied contractual benefits jurisdiction. Mr Richards alleged that his employer had breached an implied term of his employment contract by failing to provide him with notice of termination. At first instance, Mr Richards’ claim was dismissed by then-Chief Commissioner Beech.

On appeal, Chief Commissioner Scott and Acting Senior Commissioner Kenner, in the majority, upheld Beech CC’s decision. They relied on the requirement that, in order to imply a term into a contract, that term must be ‘necessary’, meaning that there must be ‘a gap in the contract which needs to be filled’.  In the case of a proposed implied term of reasonable notice, there is no such gap for the implied term to fill where the NES or another applicable industrial instrument prescribes a period of notice of termination; that is, the contract would not be seriously undermined or rendered ineffective by a failure to imply a term of reasonable notice, as the NES or applicable industrial instrument provides a safety net.

In dissent, Acting President Smith held that the prescriptions in the NES and other industrial instruments merely provide the minimum period of notice an employee must be given – that minimum period may not satisfy a claim for ‘reasonable’ notice for all employees (for example, in the case of a senior employee with a significant length of service), and the statute should not be applied such that it undermines a common law right to reasonable notice without very clear words to that effect.

This decision comes in the wake of a number of recent decisions in other jurisdictions which have considered this issue and come to a similar conclusion (see, for example, Kuczmarski v Ascot Administration Pty Ltd [2016] SADC 65; Brennan v Kangaroo Island Council [2013] SASCFC 151). However, the position is by no means settled. There have been a number of other recent decisions in other jurisdictions in which Courts have found that section 117 of the Fair Work Act does not prevent the implication of a term providing for reasonable notice of termination, using similar reasoning to Smith AP in Richards v Nicoletti (see McGowan v Direct Mail And Marketing Pty Ltd [2016] FCCA 2227 at [85]; Guthrie v News Ltd (2010) 27 VR 196 at [197]).