Notice of termination of employment; the legal traps 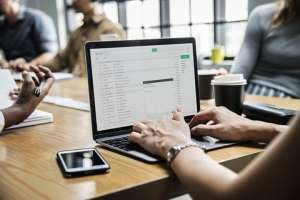 Notice of termination of employment; the legal traps

Today I am publishing a post about the legal minefield in which notices of termination of employment operate. The passage I am quoting is from a decision of a Full Bench of the Fair Work Commission. I accept that it may well be of more interest to the lawyers and industrial agents who follow my blogs than lay readers, and that the law can be very dry.

“In relation to the first ground of appeal, we are not satisfied that it has sufficient merit to justify the grant of permission to appeal in the public interest. There are a number of problems with Chesson’s argument, including the following:

(1) The fact that the notice of termination sent by Chesson on 6 November 2017 may not have complied with the requirements of s 117(1) of the FW Act did not by itself render it ineffective to terminate Ms Knutson’s employment: Metropolitan Fire and Emergency Services Board v Duggan. 18

(2) At common law, a notice of termination that does not either specify a time when the termination is to take effect, or permit that time to be ascertainable, is ineffective to validly terminate the contract of employment: Fardell v Coates Hire Operations Pty Ltd. 19 However that it does not follow that such a notice is ineffective to terminate the employment relationship: Automatic Fire Sprinklers Pty Ltd v Watson;20 Byrne v Australian Airlines Limited.21

(3) In any event, it has not been established that the period of notice and date of termination were not ascertainable. The email of 6 November 2017 referred to the notice period being “as per your previous employment contract”. The evidence did not clearly establish what the terms of Ms Knutson’s employment contract were as at 6 November 2017. On one view, the parties had agreed to the notice period provisions of the proposed new contract such as to give them contractual force, but even if the original terms attached to the letter of appointment constituted the entire contract of employment, there would by implication of law be a right to terminate on reasonable notice.

(4) Once the notice of termination was given, it was not able to be withdrawn unilaterally: Birrell v Australian National Airlines Commission. 22

(5) On an overall view of what occurred, there is no doubt there was a dismissal. The employment relationship terminated, and the event that initiated that occurring was the communication by Chesson on 6 November 2017 that Ms Knutson was dismissed because she refused to agree to the altered hours of employment. Even if valid, the withdrawal of that notice was disingenuous because the correspondence from Chesson’s lawyers dated 20 November 2017, to which we have earlier referred, makes it apparent that Chesson intended to dismiss Ms Knutson summarily on 20 November 2017 on the basis of the allegation of a false personal leave claim – an allegation which was not relied upon at the hearing.”