No remedy for procedurally unfair dismissal due to valid reason 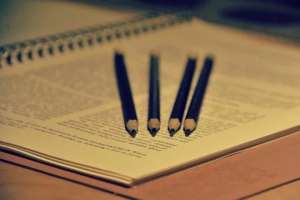 In an interesting unfair dismissal decision a very experienced member of the Fair Work Commission has declined to order compensation or reinstatement for an employee who was found to have been unfairly dismissed, despite there having been a valid reason for the dismissal, on the ground of the employee’s misconduct.

“Consequently, the employer dismissed the applicant for valid reason relating to the applicant’s conduct. The employer correctly characterised the misconduct as a critical infringement and gross breach of safety.

However, the applicant was advised of his dismissal by way of a telephone call and he was denied an opportunity to show cause or make other representations to plead for reconsideration of the decision to invoke a penalty of dismissal. Consequently, the dismissal of the applicant involved clear procedural deficiencies and these errors in procedure must be balanced against all other relevant factors.

The question of remedy for the applicant’s unfair dismissal must be considered. Having regard to the particular circumstances of this case, and in accordance with subsection 390 (3) of the Act, the Commission is satisfied that reinstatement of the applicant would be inappropriate, and further, the Commission considers that an Order for payment of any compensation would not be appropriate in all the circumstances of the case. In any event, if the Commission was considering any Order for payment of compensation, the amount would be reduced to zero in accordance with subsection 392 (3) of the Act.

Therefore, the application for unfair dismissal remedy has been established such that the dismissal of the applicant was unfair, but the Commission has decided to make no Order to provide for any remedy.