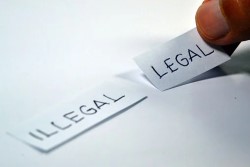 The Fair Work Act prohibits the making of multiple claims about a dismissal.

A person who has been dismissed must not make an application or complaint of a kind referred to in any one of sections 726 to 732 in relation to the dismissal if any of those sections applies.

[27] Section 732 deals with applications and complaints under other laws and reads as follows:

This section applies if:

(a) an application or complaint under another law has been made by, or on behalf of, the person in relation to the dismissal; and

(b) the application or complaint has not:

(i) been withdrawn by the person who made the application; or

(ii) failed for want of jurisdiction;

(2) [Meaning of application of complaint under another law]

(a) a law of the Commonwealth (other than this Act); or

(b) a law of a State or Territory.

[28] The effect of the general rule in s 725 is that if s 732 applies then the person is precluded from making an unfair dismissal application. 9

[30] It is evident from the WAIRC’s correspondence to the Applicant dated 10 December 2021, that the WAIRC did not consider that the unfair dismissal application before it had been discontinued – notwithstanding the Applicant’s email to the WAIRC on 29 November 2021. This can perhaps be explained in part by regulation 16 of the Industrial Relations Commission Regulations 2005 (WA) which, in short provides, that to discontinue a matter a notice must be filed in the ‘approved form’. The WAIRC’s email to the Applicant on 10 December 2021 provide a website link to that ‘approved form’.

[31] Effectively, the Applicant was precluded from bringing the unfair dismissal application by operation of s 725 of the Act. On that basis I consider that the application before me now should be dismissed under s 587(1)(a) of the Act – it having not been made in accordance with the Act. However, out of an abundance of caution the remaining issues are considered.”