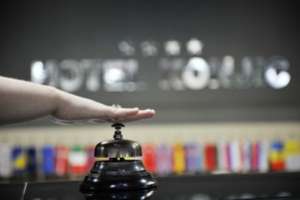 Although still reasonably novel, there is an emerging trend in the Australian economy for employers to engage employees to work in more than one role by having separate contracts for each. If this is organized carefully, it permits, for example, an employer to pay the employee for each role rather than assume a liability to pay for the aggregate number of hours each day or week.

A recent Federal Circuit Court decision in  Lacson v Australian Postal Corporation (2018) FCCA 511 delivered 8 March 2018, provides clarity and guidance for employers who  employ people in more than one role within their organisation.

In 2002, Mr Lacson was employed by Australia Post as a Postal Delivery Officer and in this role, his duties included sorting mail between 6 and 9 am.

In 2004, he undertook further employment in the same role with Australia Post but in another parcel facility including loading and unloading bulk mail and parcels with a forklift, together with other associated duties. He worked shifts, typically from 3:30 p.m. until 7:30 p.m and in 2010 was issued with a second personnel number for the postal deliver role.

Mr Lacson’s employment was subject to an enterprise agreement which provided for a range of entitlements to employees who worked additional hours, including overtime payments, rest relief and meal allowances. Mr Lacson claimed that in calculating his entitlements under the enterprise agreements, particularly in relation to overtime, Australia Post failed to take into account the total aggregate hours he had worked in both roles.

Mr Lacson contended that as the enterprise agreement which covered his employment did not provide for a multi-hiring arrangement, his hours should have been calculated cumulatively for the purpose of determining overtime and other entitlements. Multi‑hiring arrangements are mechanisms contained within certain enterprise agreements which expressly allow a full-time or part-time employee to also be engaged as a casual employee in the same establishment outside normal working hours.

According to His Honour

“The key issue in the proceeding is whether the applicant’s PDO role and PSO role applied cumulatively for the purpose of calculating the applicant’s entitlements to overtime, rest relief and meal allowances under the applicable enterprise agreements.

The applicant submits that the PDO role and PSO role apply cumulatively as neither agreement provided for multi-hiring arrangements, and the proper construction of the agreements supported the cumulative recognition of duty under both roles.

The respondent submits that the two positions occupied by the applicant were separate engagements under separate employment contracts and they were separate and distinct positions for the purposes of determining employment entitlements such as shift penalties and overtime.”

Judge McNab held that the employer had not contravened either of the enterprise agreements because Mr Lacson had two separate part-time positions and that he did so quite legitimately. Consequently the hours worked by Mr Lacson were not to be calculated cumulatively as a consequence if which Australia Post had treated Mr Lacson’s distinct roles appropriately and had not breached the enterprise agreement.

Judge paid close consideration to the distinction between the types of work performed by Mr Lacson in each position. The employee’s duties were sufficiently distinct from one another and corresponded to different classifications under the relevant enterprise agreement. His Honour also highlighted the different personnel numbers and different hourly wages for each position as further support for his conclusion. That the arrangements were also consistent with the two contracts of employment was also important.

His Honour’s reasoning is contained in the following passage from his judgement.

That case concerned the power of the Fair Work Commission to approve an enterprise agreement for a new enterprise made with existing employees of the employer who have agreed to work, but are not at that time actually working as employees in the new enterprise. It involved consideration of the question of whether certain employees were covered within the meaning of s.53 of the Act by an enterprise agreement. The High Court’s consideration of the phrase “in relation to particular employment” arises in quite a different context to the present. The respondent acknowledges that the decision in ALDI Food Pty Limited is not directly on point and that the Court is not as a matter of law or by reason of the operation of the doctrine of precedent required to determine the issue concerning the effect of s.52(2) of the Act in favour of the respondent’s submissions. However, I accept that the High Court’s treatment of the explanatory memorandum and its analysis of the meaning of the phrase “particular employment” is relevant to the task that this Court must undertake.

At [75] the plurality stated in relation to the meaning of “particular employment” as it appears in s.53(6) of the Act:

The respondent submits that the High Court’s analysis of the concept and meaning of “in relation to particular employment” at [31] and [77] indicates that ss.52 and 53 of the Act are concerned with the employees “job”, or description of the employees “job” in the enterprise agreement.

In the present case the applicant has two separate and distinct part-time positions which were obtained at different times.

In this case the facts support a finding that Mr  Lacson  was employed as a PDO at the Collingwood Post Office and the work actually performed by him at that time was as PDO and described in the enterprise agreement classification as a Postal Delivery Officer. His hourly pay rate as set out in his pay advice for that position was $21.63 per hour as at October 2010. He had a specific personnel number for that position (exhibit RVL 13 to his affidavit of 12 May 2017).

In relation to the Postal Services Officer position, that position is set out in the classification clause in those terms and had its own personnel number and a different hourly wage rate ($23.62 as at October 2010).

As stated above at [49], the respondent also contended that there was no authority for the proposition that there cannot be two contracts of employment where each contract is subject to the operation of the same industrial instrument.

The High Court by reference to the explanatory memorandum in [75] of ALDI Foods Pty Limited has expressly stated that the expression “particular employment” means a reference to jobs as described in the enterprise agreement.

In the Moreton Bay College decision, argument was directed to the particular awards that governed each part of the works performed by the employee. Each of the roles of groundsmen and caretaker were covered by the same certified agreement. In the present matter, no argument has been directed at whether separate awards applied to the employment but I presume that they do not. However, it does not mean that that Mr  Lacson  did not enter into two separate and distinct contracts of employment at different times, performing different work at different places with the same employer. In those circumstances, I do not understand why s.52(2) of the Act should not apply to allow the certified agreement to apply separately to each separate employment. It is apparent that an important feature of each of the Tramways case, Moreton Bay College case and Michaelmas v Broderick were that the types of work being performed by the particular employee concerned was separate and distinct and the contracts that led to that work being performed were separate and distinct.

I do not regard the Moreton Bay College decision as authority for the proposition that there can only be more than one employment relationship between the same parties if each contract of employment is governed by a different industrial instrument. Further, the Tramways case was decided in a significantly different legislative and industrial setting. It may have been the case in 1936 that one workplace was subject to a number of different industrial awards covering each of the types of work undertaken by employees of an enterprise. However where a single agreement is drafted to cover enterprises carried on over a number of sites and which refers to a range of jobs undertaken within that enterprise, I do not accept that s.52(2) of the Act should not be read in the way contended for by the respondent in the particular circumstances thrown up by this case.

Having regard to the provisions of s.52(2) the Act, the hours worked by the employee, Mr  Lacson  at the Collingwood post office are not to be calculated cumulatively with the hours worked at the Bulk Handling Facility. In those circumstances, there has been no breach of the certified agreement by the respondent.

Counsel for the applicant contended that if the definition of employment in s.52(2) of the Act was expanded to include a reference to jobs or roles, then it would introduce into the Act the capacity to contract out of an industrial instrument. The Court was referred to the well-known case of Textile, Clothing and Footwear Union of Australia v Givoni Pty Ltd [2002] FCA 1406; (2002) 121 IR 250 at [29] – [32] as authority for the proposition that an employer cannot make an agreement to contract out of the effects of an industrial instrument. Counsel submitted that if Parliament intended that the Act deviate from the position that a party cannot contract out of the effect of an industrial instrument, it would have done so in clear terms rather than by a reference to “jobs” contained in the explanatory memorandum.

In this case the respondent is not purporting to contract out of the terms of the enterprise agreements, rather it is conducting itself on the basis that there are in fact two employments which are separate and distinct from one another and it was entitled to do this by reason of S.52(2) of the Act.

I conclude that the respondent is not in breach of the enterprise agreement in failing to aggregate the hours worked in each position occupied by the applicant. Accordingly, I dismiss the application.”