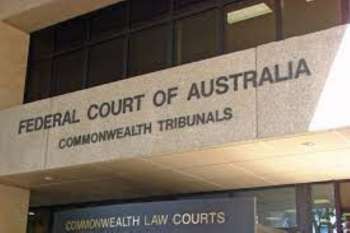 Yesterday I posted about the complex legal issues involved often in working through the area and scope provisions of a modern award. I did so my publishing an extract from a decision of the Federal Court. Today I am re-publishing another portion of the same Federal Court decision which deals with an equally challenging legal issue which often arises in employment law , namely how to apply the classification clauses of modern awards. Here is that extract.

147    Mr Boateng’s employment contract described him as a “knife hand/labourer”. While the classification levels do refer to labourers, the composite term does not appear in the Award. Classification is by indicative roles. The classification which applies to him is to be determined by reference to the duties attaching to his position, rather than its title: Wanneroo at 379.

149    “Slicer” is defined as “an employee who is required to use a knife to trim, including the removal of extraneous material, in accordance with the employer’s instructions and product specifications and to dispatch such product to other employees for further processing if required by the employer” (cl B.2.11).

150    “Trimmer” is defined as “an employee who uses a knife to remove fat or other extraneous material or foreign matter from a carcase, side, quarter or piece prior to boning or in preparation for chilling prior to boning” (cl B.2.14).

151    Dick Stone argued that “slicer” and “trimmer” were, in effect, terms of art and Mr Boateng’s work was of a different order. In particular, it claimed that a “slicer” was a skilled occupation.

152    Dick Stone contended that Mr Boateng was a Meat Industry Level 3 employee because he was involved in wrapping, weighing, pricing, packing and packaging uncooked meat. It argued that it is apparent from the classifications structure that the mere fact that an employee uses a knife in the performance of his or her work does not make him or her a “slicer’.

153    The applicants submitted that neither of these descriptions reflected the ordinary work carried out by Mr Boateng. While he wrapped, weighed, priced, packed and packaged uncooked meat, the applicants submit that these were ancillary tasks.

The classification structure in the Award

154    The classification structure set out in Schedule B of the Meat Industry Award applies to all employees covered by the Award. Clause B.2 contains definitions of certain employees: boners, carcase graders, general butchers, salespeople, sawyers, skin classers, slaughterers, slicers, smallgoods makers, trade qualified slaughterers, and trimmers. The classifications are contained in Clause B.3. There are eight levels. Employees are assigned to a particular level by reference to their trades, duties, the equipment they use, and the complexity of their work. The lowest level, attracting the lowest minimum (adult) weekly wage, is level 1, the highest is level 8 (cl 19.1).

155    The applicants did not take issue with the approach to the determination of this question in Dick Stone’s written submissions.

156    Each level must be read in the context of higher or lower levels, having regard to the descriptions at higher and lower levels of similar tasks or roles with ascending and descending degrees of complexity. Regard must be given to all of the specified skills, knowledge, and indicative tasks and roles. But as the adjective “indicative” connotes, an employee does not have to perform each of the tasks specified at the level. Rather, the tasks reflect the type and complexity of the duties. Plainly enough the higher the level, the greater the skill or complexity of the role and vice versa.

157    A Meat Industry Level 1 employee is “a person with no experience in the industry undergoing on-the-job training for an initial period of at least three months” (cl B.3.1).

159    The employees at Levels 3, 4 and 5 are described in the Award in the following way. The parts emphasised are the parts upon which each of the parties relied.

163    The question of which particular award classification applies to the work performed by an employee is determined by application of the principle of “major and substantial employment”, that is to say, the question is answered by deciding which kind of work or which duties constituted the major and substantial part of the employee’s employment: Logan v Otis Elevator Company Pty Ltd [1997] IRCA 200 at 67–68 (Moore J); Choppair Helicopters Pty Ltd v Bobridge [2018] FCA 325 at [64]–[73] (Bromberg J). Both the quantity and the quality of the duties are relevant.

164    In support of its claim that “slicer” was a skilled occupation, Dick Stone relied on the Australian and New Zealand Standard Classification of Occupations (ANZSCO) classification (version 1.3), which was exhibited to Mr Marler’s first affidavit. The relevant tasks of a slicer under that definition included:

165    Based on the ANZSCO classification, Dick Stone asserted that “a slicer requires an Australian Qualifications Framework Certificate II or III and ANZSCO Skill Level 4”.

166    The reliance on the ANZSCO classification is problematic.

167    First, as Dick Stone’s counsel conceded in argument, there is no evidence to link the ANZSCO classifications to the Award.

168    Second, in any case the reference in submissions was selective. It omitted the statement that “[a]t least one year of relevant experience may substitute for the formal qualifications listed above”.

169    Third, the document upon which Dick Stone relied referred to a “unit group” of “meat boners and slicers, and slaughterers” who “trim and cut meat from bones, sides and carcasses, and slaughter livestock in abattoirs”. Many of the tasks mentioned there are not captured by the definition of “slicer” in the Award.

170    Fourth, the document in the exhibit is an issue released on 5 November 2019, after Mr Boateng was retrenched from his employment.

171    Fifth, the submission overlooks the purpose of the ANZSCO definitions.

172    The Australian Bureau of Statistics, which publishes the ANZSCO classification, offers the following note of caution on its website (a link to which was contained in the exhibit to Mr Marler’s affidavit):

ANZSCO is primarily a statistical classification designed to aggregate and organise data collected about jobs or individuals. The classification definitions are based on the skill level and specialisation usually necessary to perform the tasks of the specific occupation, or of most occupations in the group. The definitions and skill level statements apply to the occupation and not persons working in the occupation. The allocation of a particular occupation to a particular skill level should be seen as indicative only and should not be used prescriptively.

The definitional material describing each occupation is intended primarily as an aid to interpreting occupation statistics classified to ANZSCO. The descriptions are, therefore, only a guide to the tasks undertaken and skills involved in various occupations and are not a definitive statement of what is required.

Slaughterer in a meat manufacturing establishment or a meat retail establishment (other than a tradesperson slaughterer) is competent to perform slaughtering tasks in accordance with the employer’s specifications.

174    In contrast, a “trade qualified slaughterer” is defined as:

an employee who is competent to slaughter to completion all species of animal to approved standards and who has an accredited and relevant trade qualification.

176    That said, I do not think that Mr Boateng was working as a slicer or trimmer or in a similar role, even though part of his job did involve the use of a knife to trim, including to remove extraneous material, in accordance with his employer’s instructions. None of the descriptions of a slicer’s work in the evidence correspond with the work Mr Boateng carried out. I accept Dick Stone’s submission that the meat Mr Boateng was cutting had already been boned and sliced. As defined in the Award, the work of a “trimmer” is carried out before boning or in preparation for chilling before boning. Mr Boateng’s work was carried out after boning. Mr Boateng’s evidence was that his main job was to prepare diced meat, that is, to cut meat into cubes. It is true that, in order to do the cutting, he first removed the fat, generally with a boning knife. But that was not the principal part of his job.

177    On the other hand, I do not consider that Mr Boateng was a Level 3 employee. I am not satisfied that the work he did more closely resembled that of “a labourer associated with boning and slicing activities” or the other indicative tasks, although he did assist others when he had finished dicing in wrapping and packing uncooked meat, an activity falling within Level 3. Contrary to Dick Stone’s submission, Mr Boateng’s evidence, which I have accepted, shows that his primary function was not weighing and packing meat. It was dicing meat. It is a distortion of that evidence to say, as Dick Stone did in its submissions, that Mr Boateng did that only “on occasions”. It seems to me that the classification that best fits the activities Mr Boateng was principally carrying out is Level 4, not because he was a trimmer or doing the work of a trimmer but because he was “using knives for … preparing meat immediately prior to packing” and “us[ing] non-licensed product handling equipment”, to wit, the dicing machine. As the applicants submitted, while he wrapped, weighed, packed and packaged uncooked meat these tasks were secondary to his primary function.